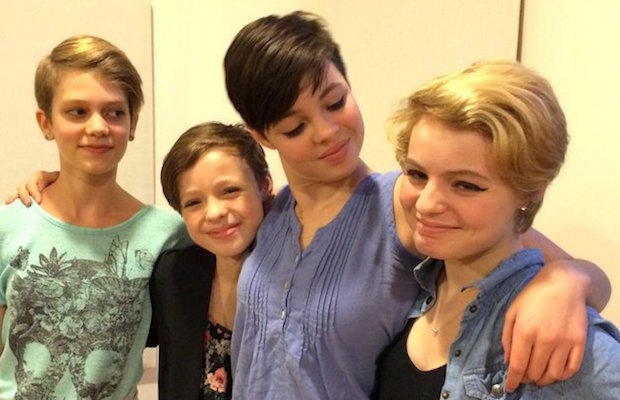 If we had to guess the youngest band on this year’s Bonnaroo bill, smart money would be on The Pinklets. Hailing from Knoxville, the group are made up of sisters Lucy, 13 (guitar and vocals), Eliza, 11 (drums and vocals) and Roxie Abernathy, 16 (Piano, bass and vocals), along with Willa McCollough, 13 (keyboards/bass). The Abernathy, daughters of East Tennessee musician Kevin Abernathy, have been playing together for years; inspired by their father and influenced by one another, they fell into a love for music, and selected their instruments based on necessity, recruiting friend and daughter of Sean McCollough and Steph Gunnoe of The Lonetones, Willa.

Over the past few years, The Pinklets have approached songwriting and performing with a much more serious mindset, their art maturing along with the teens themselves, and earning them gigs around town and even at regional festivals. Though young, they’re immensely talented, and, with only a handful of live videos floating around, the girls around seem like they have the ingredients to become an Eisley or Haim type tour de force, honed from years of growing, influencing, and syncing with one another. The Pinklets are said to be working on their debut album, so be sure to add them to your ‘Roo plans, and support the next generation of worthwhile art!

The Pinklets are currently working on their debut album!