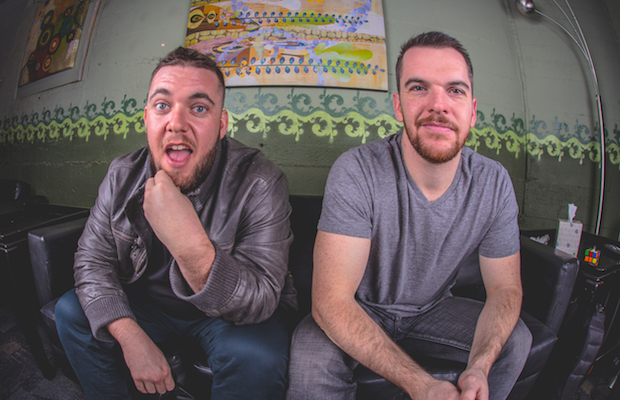 You might not believe that one of the hottest electronic outfits in the country hails from Lawrence, Kansas, but that is just the case with a pair of brothers, Mark and Matt Hill, who operate under the moniker The Floozies.  Upon deeper inspection, their brand of EDM is built on a backbone of funk, which actually embraces the vibrant Kansas City jazz scene, who brought us Count Basie, Charlie Parker, and the general shift to improv heavy Bebop.  One listen to the infectious, dance ready tracks that range from funk to hip hop to dubstep show this isn’t your traditional laptop and turntable EDM set up.

The Floozies incorporate live elements into their sets with Matt helming the guitar to go along with Mark’s beats, and they are also known to incorporate other artists into their live sets featuring horns and other funk inducing instrumentation.  The rising popularity of the duo may have originated in the jam scene, but should expand with an increasing number of festival appearances including Wakarusa, Electric Forest, Summer Camp, and now Bonnaroo.  If you are looking for a set to get your party started (or keep it going), The Floozies are probably one of the best bets on this year’s lineup.