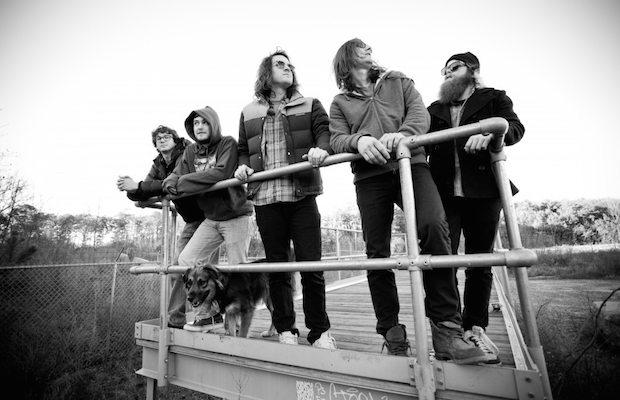 Georgia-based alt rockers Futurebirds are back in town for a headlining performance at 3rd and Lindsley on Sunday, April 17. Known for their stellar live performances and music that mixes alternative and southern rock with the grungy psych sound of the 1970s, the band have become a true force of nature. Thanks to the mature and evolved sound featured on their latest album Hotel Parties, the group have enjoyed more praise and exposure than ever before. For their return to Nashville, they’ve recruited local synth pop darling Tristen as support, cementing this as one of the shows you must see this weekend. Tickets are still available here, so grab yours now and click below to find out more about this awesome show.

Indie rockers Futurebirds hail from Athens, Georgia, and have been making waves with their experimental alt-country sound since 2008. After the release of their debut album, 2010’s Hampton’s Lullaby, and their followup EP Via Flamina, they became known for their distinctive mixture of pedal steel and electric guitar. At the same time, they quickly developed a strong stage presence, which has helped them gain a strong legion of fans who come out to show after show.

With the release of their third album Hotel Parties, the band showcased a fuller and more mature sound that showed just how far they’d come musically in just seven years. As alt-country steadily grows in popularity, Futurebirds still manage to create music outside the norm. Make sure you’re at 3rd and Lindsley to see their impressive live show for yourself.

Futurebirds and Tristen will perform Sunday, April 17 at 3rd and Lindsley. The show is all ages, begins at 8 p.m. (doors at 6 p.m.), and tickets are available for $12.