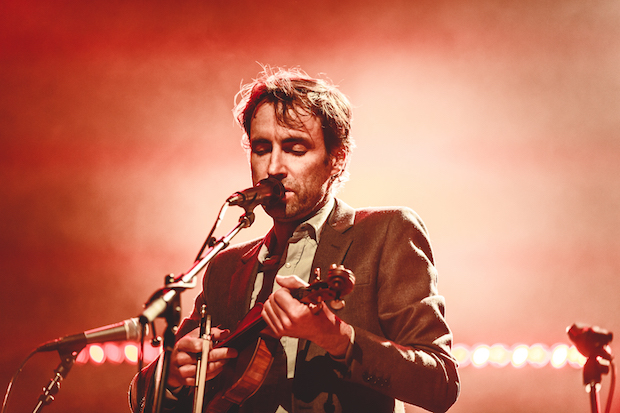 Talented singer-songwriter Andrew Bird made his way to the Ryman Auditorium recently as the first stop on a nationwide tour in support of his latest release, Are You Serious.  Despite a few hiccups, we were there, albeit unfortunately too late to catch the openers, and you can check out our recap below. We also have some stellar photos from Jake Giles Netter, who spent the day with the band at the Mother Church, and got some incredible intimate shots that we think you’ll enjoy.

Scoring a sweet parking spot a half a block from the Ryman is reason for celebration on any given night in downtown Nashville, but a ticketing snafu at the box office attempted to quell my parking high.  Given the number of shows that No Country collectively attends in a year, it’s really surprising that it doesn’t happen more often, and the good people at the venue had us worked out in fairly short order.  The downfall of the situation, we missed the opener Boogarins.  I first saw Boogarins in the opening slot for The Clean at The Stone Fox in the summer of 2014, and was blown away by the psychedelic tone and utterly unstoppable positive attitude from the Brazilian rockers.  We hung for drinks after the show, and their vibe was no stage act.  They were genuinely nice guys who don’t take their success for granted, and I was really looking forward to catching their set opening things up on the much grander stage at The Ryman. 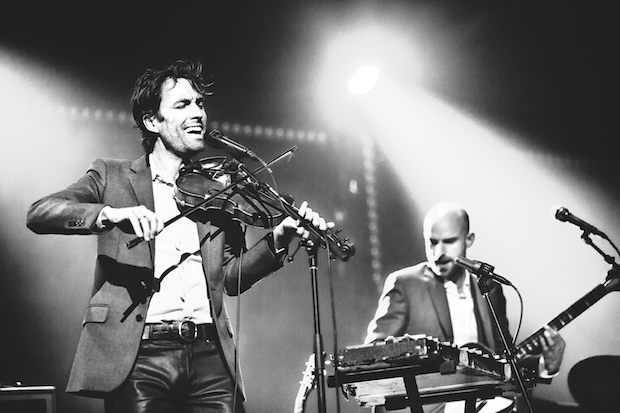 I found my completely empty pew on the main floor just before Andrew and his band were just rolling onto the stage.  They started off in a cool, jazzy, improvisational jam, as a sort of sound check to see what their instruments were going to do in the now mostly filled theater.  Once satisfied, they tore into “Capsized” from the new record, making it clear from the start that this wasn’t going to be a one man looping whistle fest.  The new single, and much of the new album, veer toward more traditional rock arrangements, but still utilizing Bird’s masterful violin skills on these tracks gives them a unique twist. The new arrangements and artists on Are You Serious seem a bit more laid back than his “do it all yourself” approach found on some of his early records, and it does even more to highlight his musical talent.

While the show featured almost every song from the new album, Bird, of course, dug into the almost two decade old catalogue to include some favorites like “Lusitania,” “Lull,” “Truth Lies Low,” and “Plasticities.”  It seemed as though the placement of some of these tracks might have had to do with some technical difficulties that the sound engineers were having.  Not surprising given that this was the first show of the tour, but Bird held the crowd masterfully.  At one such interlude, he entertained with stories of his lunch at Merchants, how sad he was that Gruhn Guitars isn’t next door anymore, and how he first learned about the word “whack.” 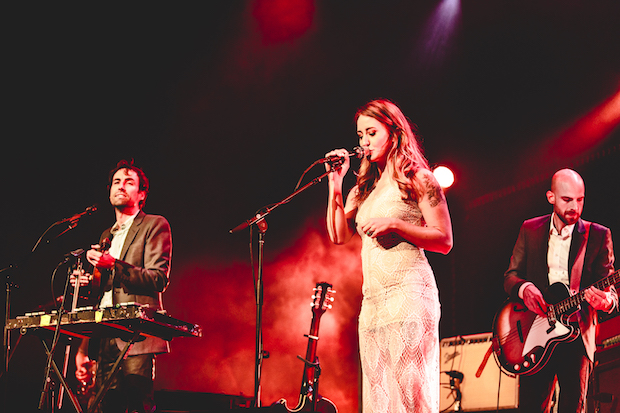 We had heard rumors swirling about Margo Price taking Fiona Apple’s role in the new duet “Left Handed Kisses,” and the moment she walked onto the stage was the absolute highlight of the show.  For a woman who has seen unparalleled success this year, it was just awesome to watch her deliver with hauntingly similar smoky Apple vocals to fill in the duet with just a bit more twang than the original.  It was also an opportunity for her to find some new fans, as I could hear murmurs of “Who was that?” from nearby audience members as she left the stage. 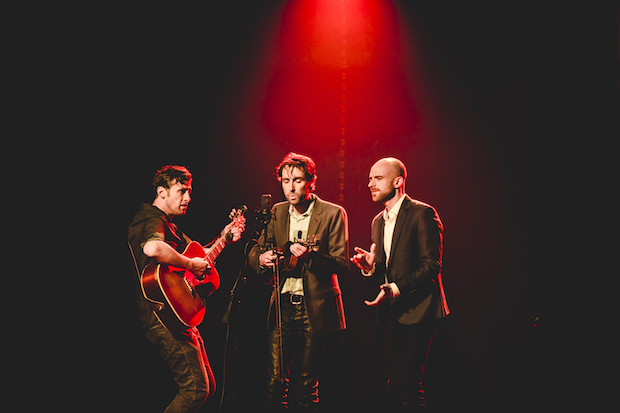 Andrew finished out his set with an accapella encore featuring a few different arrangements of his band under a single stage light.  He performed “Chemical Switches” as a duo, “Give It Away” as a trio, and a Hinson Family cover where Bird showed his humility by laughing through forgotten lyrics.  After stating that “this room sounds too good to stop,” he tore into his oft covered Charlie Patton classic “I’m Goin’ Home” and seemed almost taken aback by the rhythmic foot stomping that overtook the Mother Church crowd.

This evening had the feeling of the first show of a tour.  It had some blunders and a few adjustments were needed throughout, but it showed what a class act Bird is and what an accomplished musician he has become over the years.  The show stands out as one of my best of 2016 thus far, and, for those of you that have Andrew Bird on your upcoming local show calendars, you are in for a real treat.

Head below to relive a full day with Andrew Bird in the photos from Jake Giles Netter.