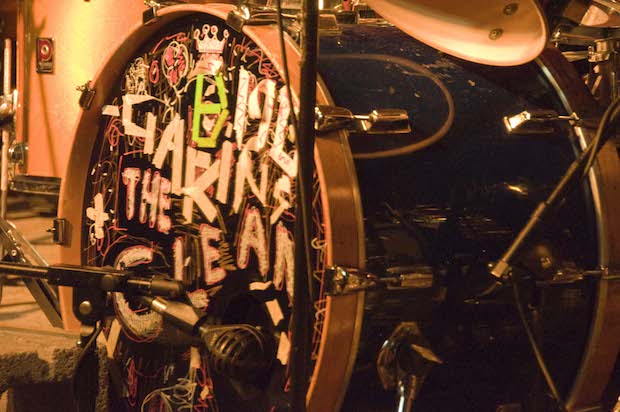 On Friday night, we rolled out in force along with quite a few familiar Nashville faces to see New Zealand’s seminal psych popsters, The Clean and Brazilian upstarts Boogarins.  It was a night that exceeded all expectations, and left us with an aching head on Saturday morning as a reminder that rock and roll is not dead.  Read on below for our thoughts on the show, and some pretty blurry photos from a darker than usual Stone Fox. 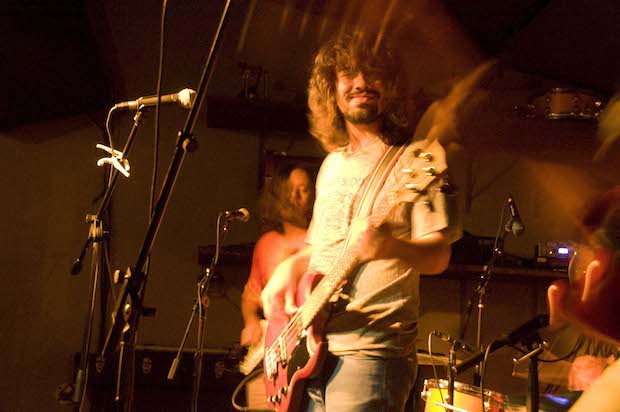 Things got started with Brazilian garage psych pop outfit, Boogarins.  We’ve been getting press releases about this new on the scene band for the past few months, as their five month tour of North America and Europe has been going on, but it was not until we caught up with the band afterward that we learned what a whirlwind it has been for them.  When asked if this was their first time to the US, they replied, “this is our first time out of our state (Goiás) in Brazil.”  Press releases are deceiving.  They tend to describe bands as though they have already “made it”, have been touring for years, and you should have already heard about them by now.  This was clearly not the case with Boogarins, but their tightly performed version of psych pop is something that is worth checking out.  It is energetic and danceable (even in Nashville), and mixes genres in a way that will keep them on the rise, assuming their youth doesn’t get in the way.  Bonus points for The Clean drummer Hamish Kilgour sitting in as a second drummer for their set. 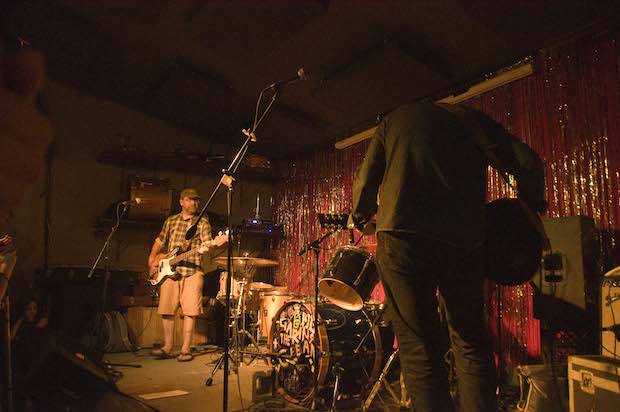 By the time The Clean took the stage, The Stone Fox was rapidly filling up, and full of familiar faces from Third Man Records, Fond Object, Nashville Scene, Rolling Stone, and other Nashville institutions in the know.  Those of you that have spent any time listening to The Clean know what happened next.  It was an onslaught of a surprisingly large catalogue of hits that span the bands near four decade existence.  Their lo-fi, garage formed, psychedelic pop sound is clearly an influence on bands like Pavement or Yo La Tengo, and it’s timeless characteristics make you wonder if these old dudes on stage just put a band together to jam out some top notch indie rock hits.  The Clean rarely tour which made Friday night even more special, and we were glad to be a part of it.

The staff photogs were all booked up on Friday, and you can see why we are glad to have them on board for most of our shows.  Otherwise, you’d be looking at blurry photos, like those below, on the reg.