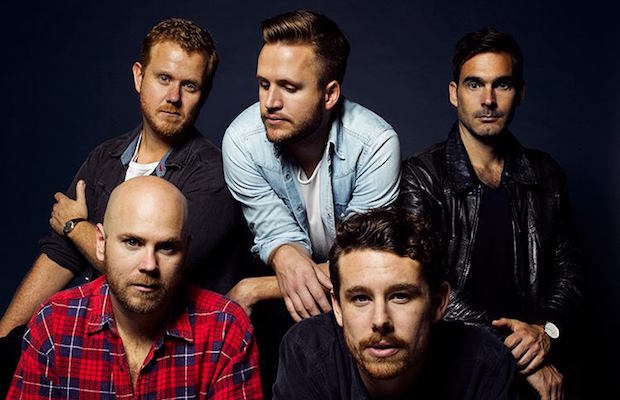 While still bubbling just below the surface of mainstream recognition stateside, Boy & Bear have long been a breakout success story in their native Australia. Formed in 2009 and originally conceived as something of a solo vehicle for frontman Dave Hosking, the project quickly came together as a full band, its various members fronting and performing in other groups around Sydney. After their early self-released tracks earned home country radio play, the band soon bagged a deal with Island Australia, and dropped a well-received debut EP followed soon after by their first full-length, Moonfire, recorded right here in Nashville. The LP helped the band land multiple ARIA and APRA awards back home, earning double platinum certification, and they subsequently found themselves supporting Mumford & Sons on their Australian run, along with burgeoning media and radio interest in the U.S.

Expanding on the indie, folk accessible sound of their debut, Boy & Bear released a followup, Harlequin Dream, in 2013, receiving similar accolades and launching an almost non-stop world tour cycle for a year straight. The band have played numerous American festivals before, and have even headlined local outings, but this summer marks their first time at Bonnaroo; a natural fit. They’re celebrating the release of their third album, last year’s Limit of Love, which they recorded in the UK with producer Ethan Johns, employing a totally analog, live-to-tape approach with almost no overdubs. The result is a warmer, more intimate, more collaborative effort than anything Boy & Bear have crafted to date, and as longtime fans of the group, we’re eager to see these wonderful new tunes translated live (they’re a live powerhouse, and must be seen in the flesh to truly appreciate). Check out a preview below!