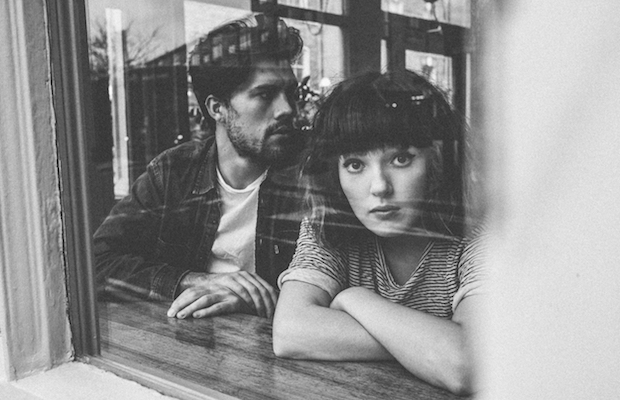 The formation of South East London electropop duo Oh Wonder was less an accident and more an inevitability. Comprised of classically trained pianist Josephine Vander Gucht and singer/producer Anthony West, OW started as a brainstorming sessions for other projects. After years of near misses, the two sat down to work on some of Josephine’s solo material, and during the course of those sessions, they soon found they had a lot of the same favorite artists and songs. On a lark, they started to write together, simply as practice towards other endeavors. The first song they ever wrote together was entitled “Body Gold,” which would be the genesis of their unique R&B, synth heavy, indie pop sound.

However, the track was all but forgotten for over a year, until they posted it on Soundcloud anonymously. They reached out to a few music blogs, and watched as one-by-one they each posted about the track. Soon, in real time, they watched the hits rise above a hundred. Phenomenally, just over a year later, they have tens of millions of plays, and they’re starting to headline all over the world. They released their well received debut self-titled record last winter, and with festival gigs this summer, their swift ride to stardom seems to be all but inevitable. Check out the duo’s work below, and see what all the fuss is about for yourself at Bonnaroo.

WATCH | “Without You” (Official Video)