Jim Ward Out, Keeley Davis In Ahead of At The Drive-In Reunion Show, May 17 at Marathon Music Works 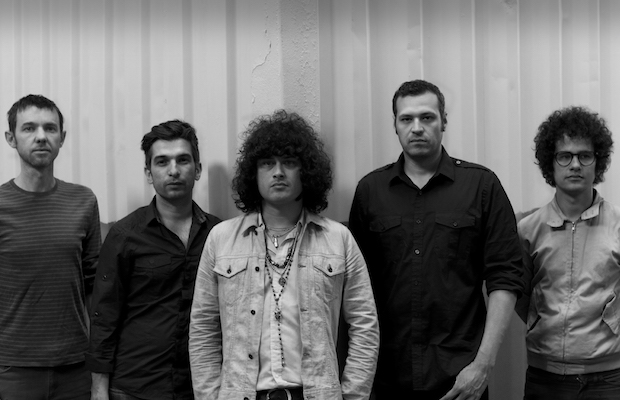 Seminal post-hardcore band At the Drive-In kicked off their reunion tour, the first since a brief summer run 2012 (which, in turn, marked their first time sharing a stage in over a decade), last week, albeit minus one important component: guitarist and founding member Jim Ward. When this reunion, which is also expected to include new music at some point in the future, was first announced, it sure seemed like Ward, as well as the rest of the group’s original lineup, was set to be included; however, press was scarce and announcements were brief, so it’s entirely possible that he was never 100% committed from the start. Regardless of what happened (or whether the announcement of Jim’s absence/departure was intentionally withheld until the last minute to avoid backlash), there’s at least one silver lining to be found in this Ward-less ATDI: the band have tapped Keeley Davis to replace him.

Davis, for those unfamiliar, fronted Engine Down and was a part of Denali before, ironically, joining Sparta, the band Ward (along with Paul Hinojos and Tony Hajjar, both whom are still part of the ATDI reunion) went on to form after At the Drive-In first split in ’01 (more recently, Davis was also in both Glös and Heks Orkest). Basically, he’s uniquely suited to fill those hefty shoes, and, if the reviews so far are any indication, Ward’s absence hasn’t slowed down the band’s intensity or presence one bit.

As previously announced, At the Drive-In are set to play Marathon Music Works on May 17, though, unsurprisingly, tickets went fast. Jim Ward or no, we expect it to be epic.