Bonnaroo Band of the Day: Hermitude 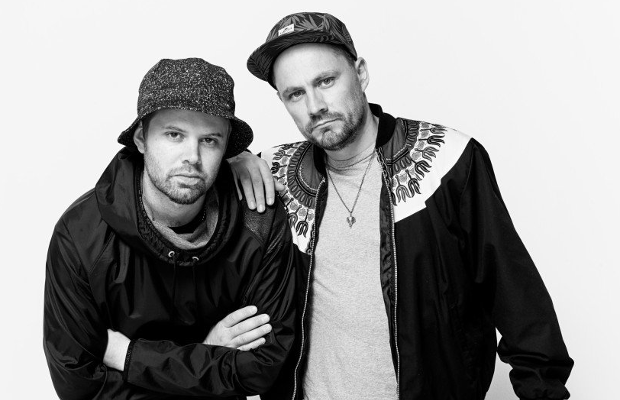 Luke Dubber (a.k.a. Luke Dubs) and Angus Stuart (a.k.a. El Gusto) have been making music together since they were teenagers growing up near Sydney, Australia. Going under the moniker Hermitude, the duo released their first, vinyl only EP, Imaginary Friends, in 2002. Soon  after, they followed it up with a full-length called Alleys to Valleys, which was backed by Aussie indie and hip hop label Elefant Traks. It would be the first of five LPs Hermitude and the label would go on to create together, which has built them a legion of fans in the land down under.

The multi-instrumentalists and producers’ 2007 release, Threads, seemed to get a little bit lost in the shuffle during that year’s dubstep explosion. Eager to forge their own path making electronic spliced hip hop, they spent extra time in the studio working on the next album, HyperParadise. It went on to win the Best Independent Dance/Electronica album award at the 2012 AIR Awards, and helped to prove their staying power within the genre. Their latest release, 2015’s Dark Night Sweet Light, was well received in the duo’s native country, but they’re still bubbling just below the mainstream here in the U.S. Hermitude are more than ready to take their music to new heights while gaining a new group of American fans in the process; if you love to get down with ill rhymes laid over killer dance beats, they should absolutely be on your “to-Roo” list.