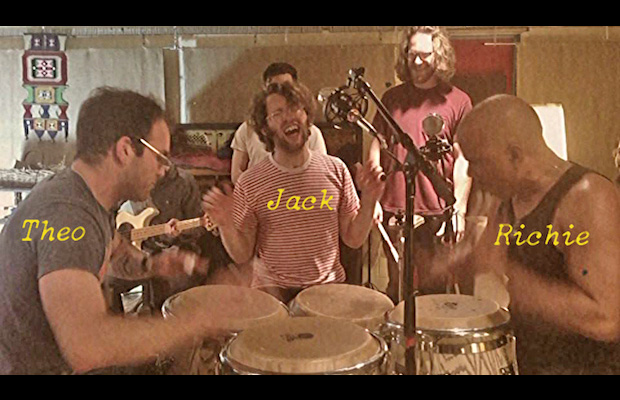 Hailing from Michigan, Vulfpeck describe themselves as a “half-Jewish post-geographic rhythm section,” and strive for a “conceptual, international sound.” After meeting at The University of Michigan Music School, Jack Stratton (keyboards/drums), Theo Katzman (guitars/drums), Woody Goss (keyboards), and Joe Dart (bass) went on to form the group. The funk band gained quite the attention when they earned $18K in Spotify royalties for a completely silent album, Sleepify which then went on to pay for an admission free tour.  Since then, their popularity has continued to rise, and the band made their formal introduction to the world in the form of non-silent release Thrill of the Arts, earning them critically acclaim, especially the jam band circuit from websites like Relix and JamBase.

Vulfpeck offer an immensely satisfying brand of funk and soul music that echoes the impecabale brilliance of the Motown era, enriched by their own deep, individual musical backgrounds. Masters of their craft, the group lay down extremely tight grooves layered with bright and beaming textures from talented guest singers such as Antwaun Stanley. The band have put up a number of videos on YouTube that bring the dance party right to your desktop, and, as they grow more and more into internet sensations, their success only continues to rise. Bonnaroo isn’t the only exciting performance the band has in its radar for the summer; the group are also making a stop at the mecca of all outdoor venues Red Rocks Amphitheater, along a spot at the Lock’n Festival in Virginia, among others. If you are searching for a dance party with a tight and powerful rhythmic force, then be sure to catch Vulfpeck at Bonnaroo this year.