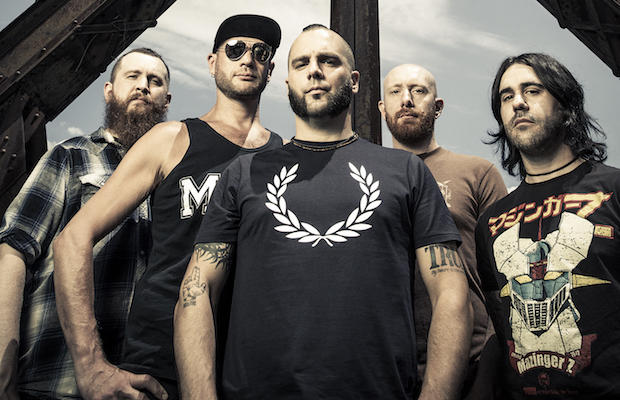 The presence of heavy metal in Music City seems to be on the rise in 2016, and we couldn’t be more thrilled to see it spike. The latest, best metal tour coming to town features some of the scene’s finest metalcore, alt metal, and prog metal, new and old, as Killswitch Engage tour in support of their new album, Incarnate, along with a stacked supporting bill of Memphis May Fire, 36 Crazyfists, and Toothgrinder! The tours hits Marathon Music Works, quickly becoming to the de-facto spot for mid-sized metal acts, tonight, March 21, and tickets are available right here! Read on for more about the show!

Heralded for helping define and popularize modern metalcore, Massachusetts-based Killswitch Engage have been an important fixture in the heavy scene now for more than a decade and a half. Celebrating the release their seventh full-length, Incarnate, which dropped on March 11, the band are enjoying something of a second wind, with the return of original vocalist Jesse Leach, who rejoined in 2012 after a decade-long absence (Leach worked on the band’s first two LPs, and has recorded one other record with Killswitch since his return). Swept up in the metalcore explosion of the early ’00s, it was 2004’s The End of Heartache that first helped the band become a household name, nabbing them a Grammy nomination and achieving Gold certification. Mixing elements of extreme metal and hardcore, balancing melodic tendencies and clean vocals with heavy riffs and visceral screaming, Killswitch have found fans in both the classic metal community, swept up in events like Ozzfest, as well as the younger, punk-leaning scene, participating in festivals such as Warped Tour. Versatile, beloved, and a tenacious live force, Killswitch put forth their most inspired effort in years with 2013’s Disarm the Descent, and seem poised to repeat its success with Incarnate; expect plenty of new songs to be on display tonight!

Killswitch Engage, Memphis May Fire, 36 Crazyfists, and Toothgrinder will perform tonight, March 21 at Marathon Music Works. The show is 18+, begins at 7 p.m. (doors at 6 p.m.), and tickets are available for $30.