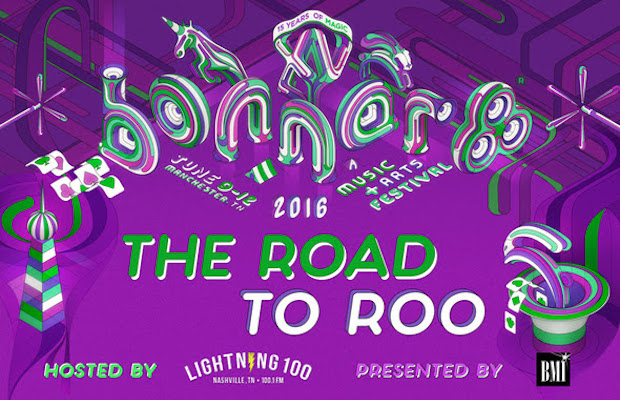 We’ve already told you that the beloved Road To Bonnaroo is over.  But, a revamped contest titled Road To Roo similarly pits local bands against each other for the chance to win a spot to play the fest this year. The competition consists of battle-of-the-bands style events which will take place at multiple venues across Nashville, ultimately resulting in one winner from Tennessee (unlike three winners from previous years) to earn the coveted spot. A couple weeks ago, Lightning 100 announced the 16 bands selected to compete in this year’s Nashville competition, and after finishing the first round last week were down to eight bands. Tonight the second round kicks off with four of those bands (Omega Swan, Kid Freud, OJR, and Heavy Sole) taking the stage tonight at Exit/In. Best part? It’s FREE!

The remaining semi-finalists will perform March 22 at The Basement East.  Two winners will be selected from each of the semifinal events to perform in the Nashville finals at 3rd & Lindsley on March 31.  The Nashville winner will then face off with other Tennessee regional winners in the State Finals at Mercy Lounge on April 4. Similar to the previous format from Road To Bonnaroo, the winners will be selected by a combination of fan and judge voting.

Got all that? We know it can get a little confusing, but just to re-iterate, all you need to know right now is get to Exit/In tonight by 8 pm for four bands presented to you free of charge! Read on for more info on the performers, and get to the venue on time to be part of the voting process. Hope to see you there!

No strangers to No Country coverage, Omega Swan meet at the crossroads of blues, heavy metal, and garage rock, and they’ve been building a name for themselves locally, and around the nation with their unique brand of alien party rock. They even caught the attention of music directors at Showtime, who recently put two of the band’s songs (“Alien” and “Diggin’”) in popular series Shameless. Backed by their growing rep and epic live shows, the power trio are certain to rattle the windows at Acme tonight.

Garage pop power trio Kid Freud released a kick ass EP, The End, this summer and if it’s any indication of what is to come, we are all in for a huge treat tonight. Like so many bands in Music City, KF are ready to show everyone that they are the cream rising to the top, and, if they’re in this competition, you know that’s no bullshit.

Oliver John-Rodgers’ project OJR — which is just his initials, if you hadn’t noticed — is best described as country music on acid. His music includes wonderful elements of folk with psych-rock mixed in too, and it’s all drenched in just the right amount of fuzz. Plus, we couldn’t be happier to see another band on this line up who’s played in our Acme showcase. His most recent effort, entitled Nashville Demos, should be added to your playlists immediately, and whatever you do, go see him live!

East Nashville Underground endorsed rock ’n’ roll two piece, Heavy Sole are adding some serious kick ass to this massive line-up. The duo of Dale Harper and Nick Brownell are stepping out of the box of the traditional modern duo (think The White Stripes, The Black Keys, Black Pistol Fire), and their raucous live shows have earned them a lot of regional buzz. Enjoy their antics when they light up the stage for their shot at a spot performing on The Farm.