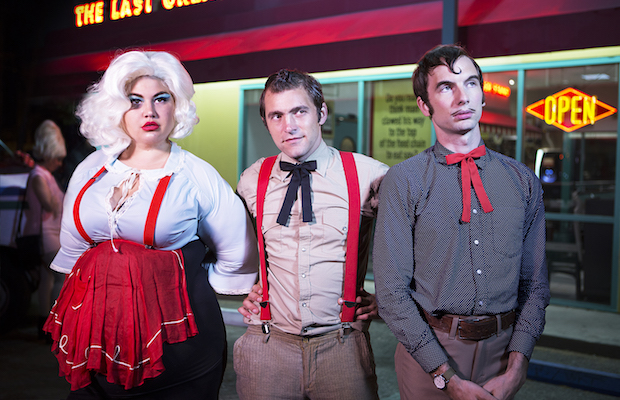 Celebrating the release of their fantastic fourth album, Gone By the Dawn, Bay Area trio Shannon and the Clams are set to pass through Nashville next week, March 22, for the first time in a few years to perform at Exit/In with Gazebos and Brothers. You may recognize singer  Shannon Shaw from her role in another site fave, Hunx and His Punx, but if you haven’t given this project, which combines doo-wop, punk, garage, and indie rock for a melding of sounds and decades of influence a listen, you’re sorely missing out. You can still grab tickets to the upcoming show right here, or, if you’re feeling lucky, you can enter for a chance to win a pair of tickets below! Read on for details.

Winner will be announced Monday, March 21 at 6 p.m. CDT, and will receive one pair of tickets. Good luck!