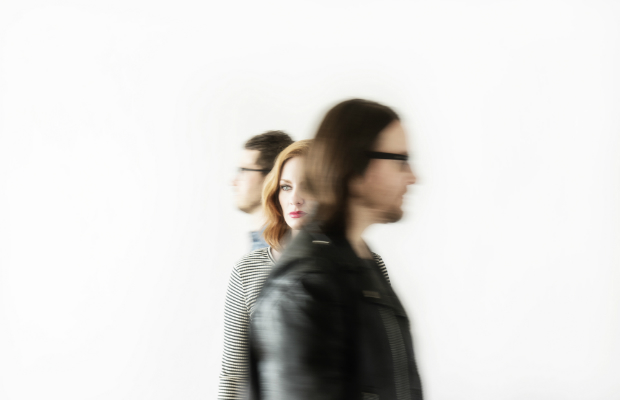 New band alert!  The Daybreaks, another local super group, are a shining example of the collaboration that is so often mentioned behind the success of the local music scene.  Beginning with sessions between songwriters Kaleb Jones and Heather Bond in early 2015, The Daybreaks began to materialize in December 2015, after producer Bobby Holland heard demos and suggested that he help them cut a record.  They enlisted the help of Adam Bokesch and Milktooth’s Zac Stred to play on the recording and fill out the live band.

The Daybreaks dropped their first single, “The Machine,” on Feb. 26.  The song features a very danceable synth backbone that is a nod to 80s pop stylings, and lyrics that speak of following the heart to find your space in the world.  Today, we are excited to premiere a live video for their take on the Bananarama classic “Cruel Summer” which the British 80s pop stars first released in 1984.  The live cut was recorded at Pentavarit, and features an almost eerily stripped down take on the oft-covered dance banger.  It’s definitely an interesting bedroom dream pop twist on a classic, and is worth a few moments of your time while you add The Daybreaks to your radar.

The Daybreaks are heading to Austin for some shows at SXSW this week.  They will be back in Nashville performing on April 8, when they are slated to be Lightning 100’s artist of the week.  They follow that performance up with a full band set at The Basement on May 3, and Heather and Kaleb will be performing as a duo at The Bluebird Cafe on May 5.