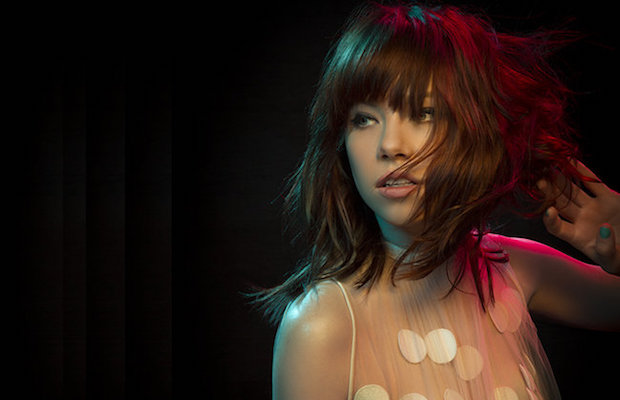 Late last year, we announced that indie pop starlet Carly Rae Jepsen would play Cannery Ballroom, her first headlining Nashville show ever, tonight, March 14! Responsible for one of our favorite albums of 2015, E•MO•TION, we expected tickets for such an intimate room (by top 40 pop star standards) to sell out immediately. Amazingly, we’ve made it day of show, and a few are still available for just $30 right here. Cardiknox and Fairground Saints open, and the show is all ages.

If you only know Carly from her breakout pop hit “Call Me Maybe,” we definitely suggest giving the new LP, which adopts a more mature, electropop, nostalgic sound in the vein of CHVRCHES, a spin; it’s weird to say it about a singer with a platinum hit, but Carly Rae Jepsen might be one of the most underrated artists in pop right now. It’s sort of baffling that Jepsen hasn’t received more attention for E•MO•TION, which, from a critical-standpoint, was the 2nd most acclaimed release of last year (next to Kendrick Lamar’s To Pimp a Butterfly). Our theory is that the dramatic shift in musical ambitiousness and embrace of ’80s nostalgia has all but alienated the Justin Bieber-loving crowd that took to Carly’s 2012 effort, Kiss, while the “Call Me Maybe” fueled top 40 pop of that album has kept would-be new fans from giving her latest a fair shake. There’s no ironic element in loving Carly Rae Jepsen in 2016; the buzz around her new music is well-deserved, and if you’ve been holding off on checking out, we implore you to do so immediately. Tonight will be a strange exhibition of a mainstream pop artist letting her commitment to quality guide her career trajectory, and we couldn’t be more excited to see it in action.