Bonnaroo Band of the Day: LOLAWOLF 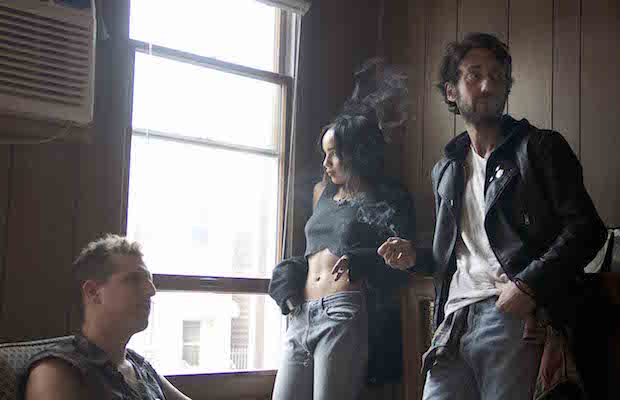 New York based R&B, electro pop trio LOLAWOLF is fronted by actress/singer Zoë Kravitz, who hasn’t fallen far from her famous father’s musical tree. The band also features Jimmy Giannopoulos (drums/production) and on keys, James Levy from Reputante, an act signed on Julian Casablancas’ (The Strokes, The Voidz) label, Cult Records. LOLAWOLF’s debut self-titled EP certainly turned some heads in 2014, and got some love from SPIN and Pitchfork. They released a full-length, Calm Down, shortly after, which accentuated Kravitz’s smoky, carefree voice.

Last summer, the trio kept the momentum going,with another new EP, this one entitled Every Fuckin Day, which ups the ante in our humble opinion, broadening their already evolving sound. Even though it’s her band’s first time performing on the Farm, we think Zoë will feel right at home in the Tennessee heat, considering she spent time in the post-apoclypic Australian outback for her role in last year’s kick ass Mad Max remake.