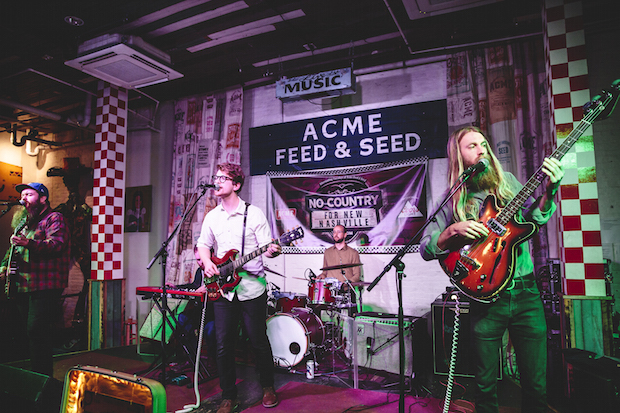 We’re keeping the lineups strong in 2016, for our free showcase series with Acme Feed & Seed. Most recently, we welcomed alt-rockers Anchor Thieves, the tasty jams of Warm Ryders, and the country-fried picking of Tennessee Jet. Read on for a full recap, and check out some great shots from contributing photographer Jake Giles Netter.

On a cold and wet Super Tuesday, I made my way down 2nd Ave towards Acme eager to talk anything but politics. Say what you will about the primaries–they’ve been anything but boring. That being said, I was still very ready to unplug from the real world, and plug into some spin free, bipartisan live music. 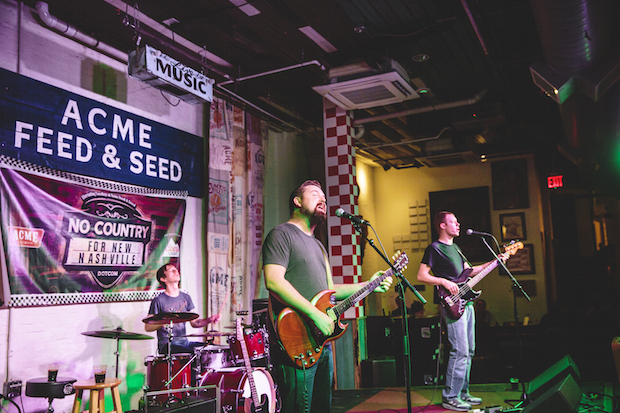 After ordering my first of many Founder’s Kentucky Breakfast Stouts (delicious!), I got settled in and hopped on board with Anchor Thieves. They started with a song I recognized, called “Relax”, and I was immediately struck by some similarities, in sound, to Blue Album Weezer, albeit a more fuzzed modern interpretation; big, grunge bass licks and matching arrangements, married to a wonderful Ben Folds-ish falsetto vocal. Most of their set was up-beat, but they could cool it off too at times, to equally awesome effect. Another highlight was their spot on “Message in a Bottle” cover, and their powerful closer “Mermice”, which left me wanting more. However, the night was just getting started, and two more acts were up next. 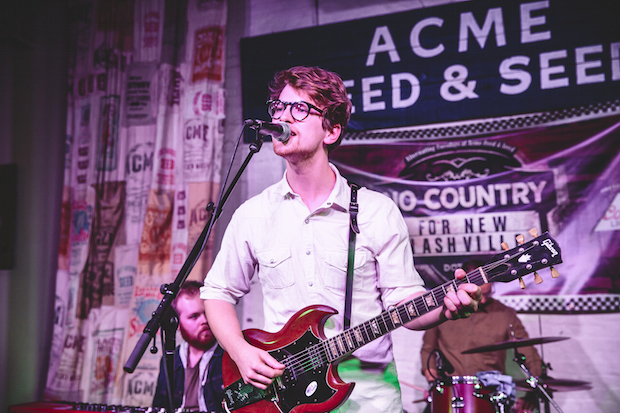 Next up to bat was a rag-tag group of fellas who have all seen some level of success with other bands (Diarrhea Planet, Desert Noises, and the now defunct Apache Relay) before coming together as this new project, dubbed Warm Ryders. The first thing I noticed was how tight they seemed to play together, even though it was only their fourth show as a band. It was also the first show they’d ever had a keyboardist (Bret Moore of The Wild Feathers), and it seemed like he was just as locked in as the other guys. The bassist was on a beautiful Fender Coronado, and steady on his groove the whole night, sinking into the pocket. Their sound is just plain old kickass rock ’n’ roll, which flirts with elements of honky tonk and psychedelia. On the last number, they even jammed it out for a while, building to an excellent crescendo that has me hoping a record is in the works. 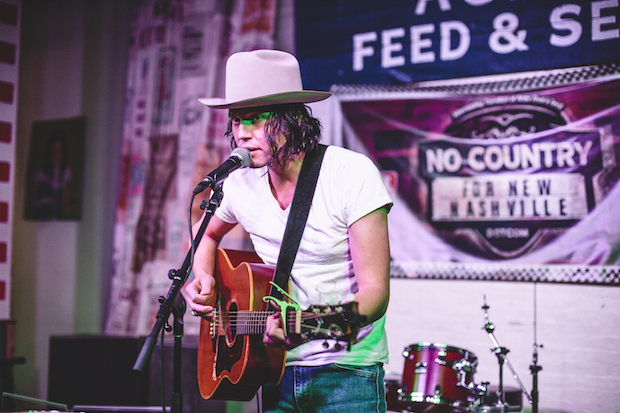 Closing out the night was one-man-alt-country-band, Tennessee Jet. He started his set acoustic, singing in his wonderfully subtle drawl.  Later, he plugged in a big red hollow body electric, and also began utilizing his foot drum. He artfully picked out some songs tinged with the blues, which were my favorite of the night. After a couple, Jet went back to his acoustic and even got some harmonica in for good measure, evoking some folk elements. All-in-all, he’s the next rambling troubadour you need in your life, so get hip now if you haven’t already.

So despite the doom-and-gloom primary election results beginning to trickle in, we were still able to give everyone a care-free evening of tunage at no cost. Be there next Tuesday, March 15 when we welcome Yes Alexander, DEDSA, and Chip Greene to the Acme stage to entertain all you music fans and Music City tourists out there!