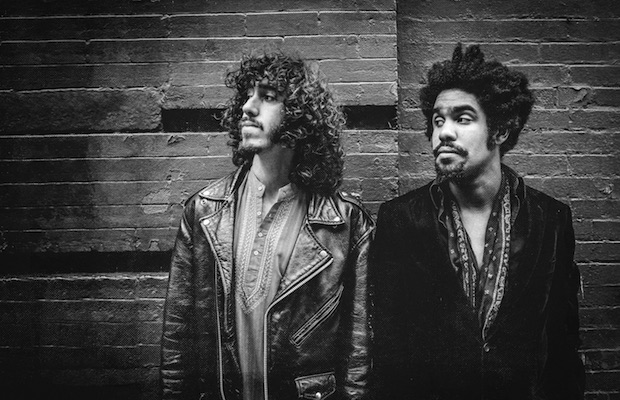 The London Souls are comprised of Tash Neal on guitar/vocals and Chris St. Hillaire on drums/vocals. The two joined forces when they met in New York City as teenagers and began jamming together. Around 2008, they made it official and formed The London Souls. The duo became a sort of underground sensation in New York, with frequent appearances at the Cameo Gallery that drew bigger and bigger crowds as time went by. But just as the band was really about to hit their mark in 2012, Neal was a victim of a major car accident that almost killed him. After two years of recovery, the band came back with a vengeance, and is now finally hitting their well deserved, yet overdue, success.

The London Souls are your dad’s favorite band. They are a mesh of ’60/’70s era rock and roll influences from across the board, bringing in the jangly pop chord structures of The Beatles and The Kinks, synthesized with the attitude of Led Zeppelin, the psychedelic sounds of Cream, and their own New York background. There is something for everyone in their sound. Their album Here Come The Girls is a reclamation of the fame they were on their way to receiving, and their live shows do the sound justice with a heavy dose of soul (see video below). With a slot on the Bonnaroo lineup amongst other festivals this summer, it seems as if The London Souls are gearing up for a big 2016.