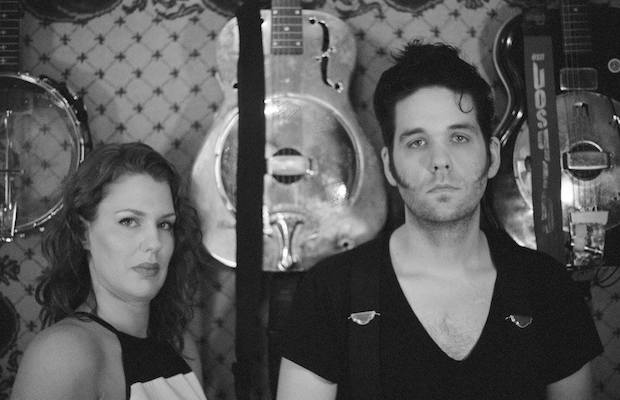 Guy-girl alternative blues duo The Blue Velvets have been one of our favorite under-the-radar acts in Nashville for awhile, both for their inescapable nods to the early White Stripes and for their fuzzed-out references to traditional southern music. The married couple play a stripped-down hodgepodge of alternative, blues, punk, and Americana, often featuring southern gothic tales of lost love. Their first effort, a self-titled EP, has been out for a minute now, but they’ve just dropped an official video for the song “Lorraine.”

Click through to see the video for the tale of heartbreak, which was shot at The East Room. Onstage, the couple are as abundant in chemistry as they are cheap guitars, which you might have witnessed if you were at our Acme showcase they played. Watch “Lorraine” below!

Bonnaroo Band of the Day: LANY