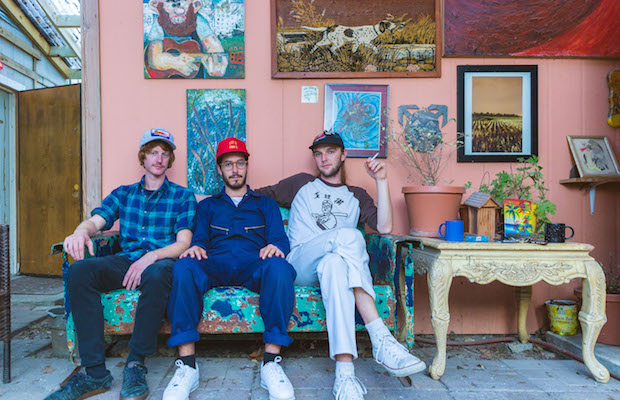 The oft described as “hard to google” local rockers Music Band are prepping to release their debut LP, Wake Up Laughing, on April 1 via Infinity Cat.  Given our affinity for their previously released EPs and our first listen to the new full length, this is one record that will be soaring to the top of early best of 2016 release lists for fans of fuzzed out, pop-tinged, garage rock.

The first single, “Day Stealer,” is streaming below to give you a taste of what to expect.  If you are looking to catch a glimpse of their fiery live show, you should mark your calendar and call in sick on Friday March 11, when they will be headlining the Freakin’ Weekend day shows at Fort Houston.  After that, they will be hitting the road for a string of dates across North America with like-minded label mates Diarrhea Planet.