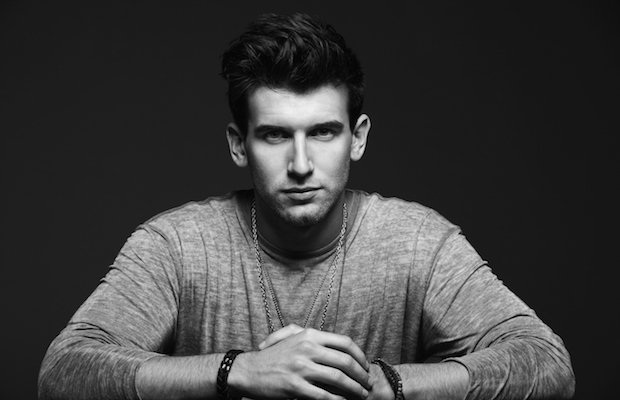 Our giveaway for a pair of tickets to see retro pop crooner Max Frost with alternative R&B singer Levi Ray has unfortunately ended, but you can still grab tickets to see them tonight, Feb. 13 at The High Watt here if you need some last minute weekend plans (read: if you need some last minute date plans for you and bae). So read through for more info about these two songbirds and get ready to get your groove on.

Max Frost started his musical career by breaking into the vintage blues scene in Austin, TX, before he realized that he could combine the beloved genre with more current trends, like hip hop, R&B and electronica. The outcome from the talented singer/songwriter/multi-instrumentalist/producer is danceable, soul-infused pop tunes that blend several genres into something refreshing and new but still have that retro feel, mostly due to his smooth, charismatic voice. After releasing his breakout single “White Lies” in 2013, which lit up The Hype Machine and garnered praise from the likes of Paste, Frost toured with Wild Child, Gary Clark Jr., and Fitz & The Tantrums. Now he’s back on his own headlining tour in support of his most recent EP, Intoxication. Check out the video for the standout track “Withdrawal” below, to get you hyped for Max’s stop tonight in Nashville.

Nashville local and MTSU alum Levi Ray started out playing guitar for different acts around town before dipping his toes in the waters of chilled out, ambient R&B and producing mixtapes, the last of which was released in 2012. However, he just dropped a new single featuring local rapper Jung Youth, and, if that banger is any indication, it is lining up to be good year for Ray.