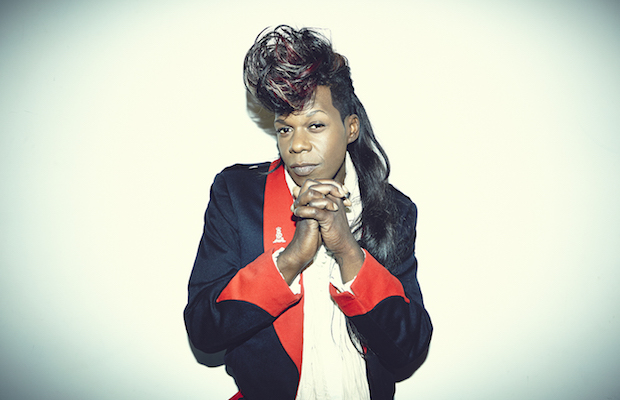 For a minute now, Red Bull has been hosting a monthly, curated Sound Select show series, bringing together buzzworthy touring artists and local acts to perform at various venues around town for the low, low price of just $3. This month’s installment, which takes place Feb. 23 at Exit/In, will feature Queen Diva and bounce hip hop pioneer Big Freedia, along with emerging rapper Cakes da Killa and local soul/funk outfit Alanna Royale. While you can RSVP here, tickets are, as always, first come, first served, so you’ll need to get there early to ensure your spot. Alternately, you can win a pair of tickets and save yourself a few bucks for beer by entering our contest below, so read on for details as well as more about the stacked lineup!

A longtime, important fixture in the New Orleans bounce hip hop scene (“a subgenre of hip-hop born out of New Orleans and known for its call and response style and lightening speed booty-shaking dance”), Big Freedia cemented her status as a regional star for the first decade of her career, including as one of the hardest working, earliest acts to return to the city after Hurricane Katrina, before spilling out into broader mainstream recognition. Raised on a steady diet of gospel, soul, and hip hop, the songstress was born Freddie Ross, and identified as a gay man, though prefers female pronouns as a performing artist. Nicknamed “The Queen Diva,” Freedia got her musical start in the late ’90s performing alongside local artist Katey Red, before releasing a string of solo albums throughout the ’00s. A 2009 performance at New Orleans’ Voodoo Fest would prove to be her big break, and quickly let to subsequent festival appearances, showcases, late night TV sets, visual art collaborations, media acclaim, and high-profile tour opportunities. Over the past few years, Freedia has appeared on HBO, led a crowd to set a Guinness record, starred in her own FUSE reality show, and even penned an autobiography. Just last week, she appeared on Beyoncé’s new single “Formation,” its video set in New Orleans, which is just about as high-profile as it gets. Known for her outlandish live show, complete with backup dancers The Divas, Big Freedia, whose last release was 2014’s Just Be Free, is not just an artist, but a cultural phenomenon.

Hailing from New Jersey, young rapper Cakes da Killa is an important part of LGBT hip hop movement. Since his debut mixtape in 2011, the eclectic artist, born Rashard Bradshaw, has been steadily amassing critical praise and building a loyal fanbase, with his edgy, personal style and relentless delivery. Cakes’ latest EP, #IMF, dropped just last year, and his buzz looks only to increase throughout 2016.

We’ve written about breakout local act Alanna Royale more times than we can count at this point (since literally their first show), and for good reason- they’re one of the best bands to emerge from Music City in recent years. For a more in-depth and personal recounting of their backstory, we suggest you listen to their interview on our No Country podcast from awhile back, but, for you newbies, here’s the short version. After moving from Boston in the summer of 2012, frontwoman Alanna Quinn-Broadus and guitarist Jared Colby quickly and organically formed what would become a soulful horn-infused funk/r&b outfit, exploding onto the scene mere months later with no recorded music but one hell of a turbocharged live show. They quickly became the buzziest new band in Nashville, and went on to release an EP in early 2013, shortly before nabbing a spot at Bonnaroo and proceeding to tour. Now road worn and well-respected as one of Nashville’s most consistent and killer live acts, Alanna dropped their debut LP, Achilles, in 2014, and it’s simply dripping with soul and passion. We hear they have a lot of cool shit cooking, so look out for big things this year!

Winner will be announced Monday, Feb. 22 at 12 p.m. CST, and will receive one pair of tickets. Good luck!