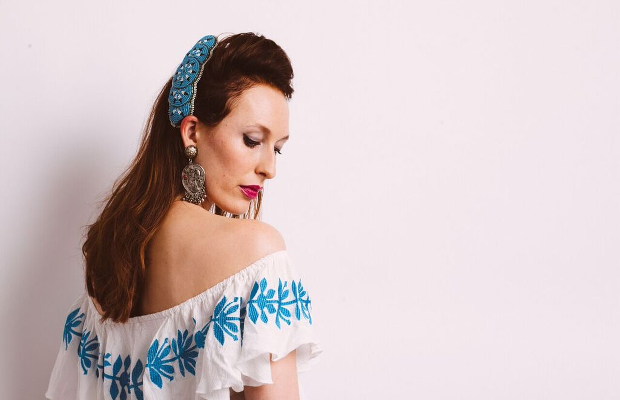 We here at No Country For New Nashville have been longtime fans of Nashville native Tanya Montana Coe and her sweetly soulful mix of alt-country and Americana. Today we’re especially excited to exclusively premiere the video for her sweeping new single, “Let My Love,” arriving just in time for Valentine’s Day.

In the clip, Coe is seen both at her piano and strolling the snow-covered East Nashville streets. The video’s aesthetic appropriately feels like a warm hug during a cold winter night – comforting, loving and just what you needed. Here’s a quote from Coe, explaining the backstory behind the development of “Let My Love.”

“This is the third single/video from ‘Silver Bullet’ which came out October 26, 2015, recorded in the same East Nashville studio where Jack White produced Loretta Lynn’s “Van Lear Rose”. It’s the first song that Shane Tutmarc and I wrote together which actually ended up leading to him producing the entire record. It features Margo Price and Kim Logan on background vocals, Dillon Napier on drums, and Shane Tutmarc on piano, bass and guitar. This is one of my personal favorites from the album and has garnered over 65k streams on Spotify. Shane and I decided to keep the video pretty simple and intimate since the whole album itself was a labor of love for us. After being snowed in for a few days, it felt like the perfect time to put a visual to “Let My Love” which was originally written in the cold early weeks of December 2013.“

Grab a cup of hot chocolate, get cozy and click below to check out Tanya Montana Coe’s picturesque new video for “Let My Love.”