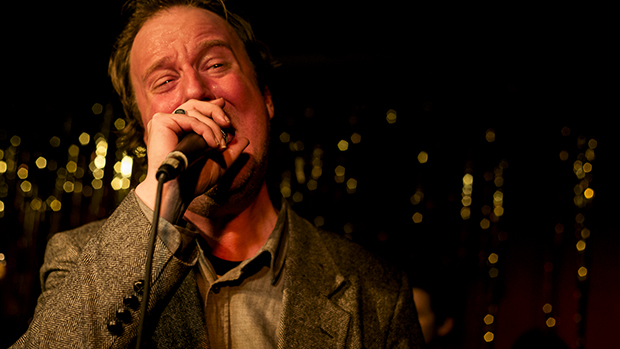 Late last week, just before one of the worst Middle Tennessee snow storms in recent memory, we made it to the Stone Fox to party one more time, before spending the weekend trapped inside. Detroit natives Protomartyr were joined by Amanda X from Philadelphia and one of our favorite new Nashville bands Savoy Motel. The raw power and creativity of every band on the bill made way for an awesome way to enjoy a dreary Thursday night

Check out our full review below, sadly, our last for a Stone Fox show, and spin through some photos from Caroline Bowman. 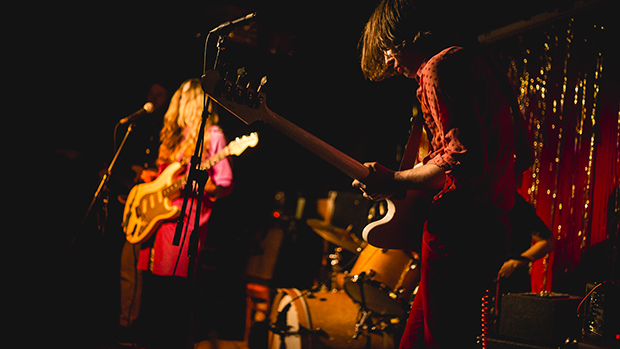 A fairly new band to Nashville, Savoy Motel have begun to make their presence known by gracing some of our favorite local band bills, such as DanaFest IV a few weeks ago. As I walked into The Stone Fox, I was immediately confronted with their simple, yet strong rhythmic foundation that was willingly met with an overlaying texture of intense guitar riffs. The band had a knack for everything that was necessary for a song to groove: steady drum beats, solid bass lines, and powerful hooks. Yet the bold and consistent playing coming from lead guitarist Dillon Watson added an exciting element that was easy to get lost in. Savoy Motel presented a very interesting style of psychedelic rock that took a fresh look on some important influences to the genre. Whether it was just the bobbing of heads or the dancing of someone with a Thursday buzz, they had the packed crowd roped in. I look forward to keeping an eye on this band that will hopefully become a fresh and nationally known face of the Nashville rock scene. 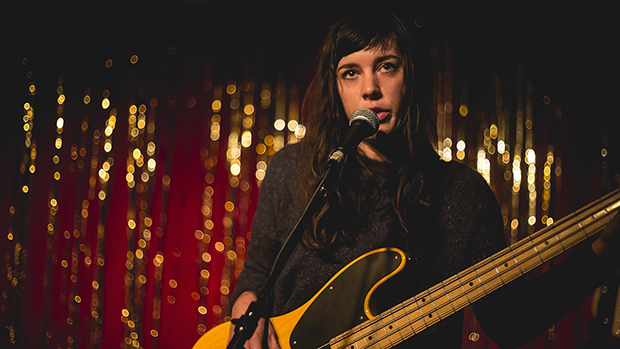 After a quick break, it was time for the first touring band. Amanda X are an all-girl power punk trio from Philly, and it was very clear that they found their element in this tour with Protomartyr.  Their set was an enthralling blast of ’90s era attitude and ethereal guitar work that kept the Fox intrigued. The band showed versatility with the vocal team of Cat Park and Kat Bean, echoing the collaboration we saw in such bands as Veruca Salt years ago. Their unadulterated energy was in full force as they tore through one rocker after another. 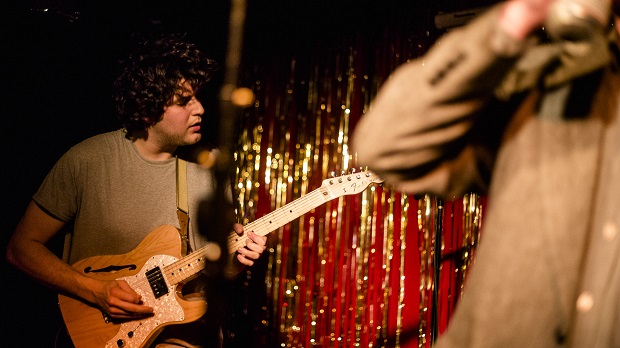 After the crowd got even bigger, Protomartyr came on stage. They were originally supposed to play this show last year but, due to unforeseen circumstances, the band had to reschedule. Needless to say, there was a great deal of anticipation for their set and they didn’t disappoint. Protomartyr tore through a collection of songs that mostly covered their recent record The Agent Intellect. Singer Joe Casey showcased a casual and nonchalant way of being a frontman. Wearing a suit jacket, he stood still by the microphone but his voice was full of power and vigor. His unique way of pronouncing words worked very well with the constant hammering of the guitars. The dystopian landscape that Casey sang of was highlighted by a healthy portion of post-punk outlook allowing Protomartyr to craft a very original sound on stage. The Stone Fox was completely full at this point, and the band had everyone going crazy as they took advantage of the last time any of us would see the grass for a few nights. After a lengthy set, Protomartyr called it a night and left for what was sure to be a long journey through the snow.