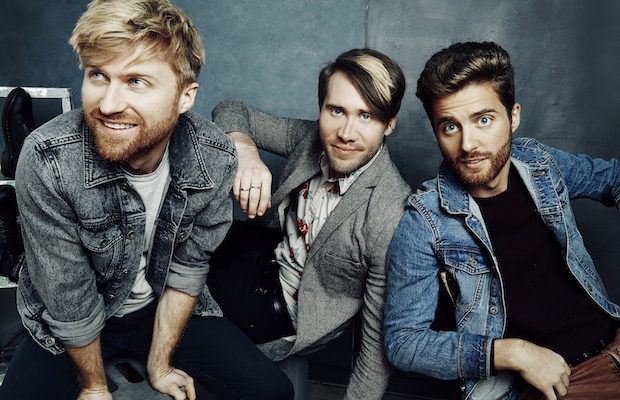 Washington, D.C. indie pop trio Jukebox the Ghost are back in Nashville and take the stage tonight, Jan. 21 at Mercy Lounge with Scottish singer/songwriter Greg Holden opening the show. Doors open at 7 p.m., music starts at 8, and this is an 18+ show. After impressing the Nashville crowd with their performance at Exit/In on in the fall of 2014, Jukebox the Ghost return in support of their 2014 self-titled album. They’re set tour through the end of March, and Greg Holden joins them tonight ahead of three more shows. Read more about the artists and the show below.

Jukebox the Ghost are known for their catchy, playful, and quirky tunes, packed with as much piano/keyboard prowess as the song can handle. However, their latest record seems to choose pop sensibility and catchiness over quirk, which is a departure from their respective first two records, Let Live and Let Ghosts and Everything Under the Sun. Both keyboardist/pianist Ben Thornewill and guitarist Tommy Stiegl trade off lead vocal duties, though Thornewill handles the majority of the lead, while still sometimes playing piano rhythm and a synth lead. Check out a live performance of  “Sound of a Broken Heart” below.

Greg Holden initially gained acclaim for the song “Home,” which he co-wrote with Drew Pearson and which became the debut single for American Idol winner Phillip Phillips, earning Holden an ASCAP Pop Award. His more recent work includes the 2015 album Chase the Sun, which features the songs “Hold On Tight” and “Boys in the Street,” the latter of which encompasses growing up as a gay child, and was featured on the 2014 fundraiser compilation “The Gayest Compilation Ever Made II.” Check out the music video for “Hold on Tight” below.