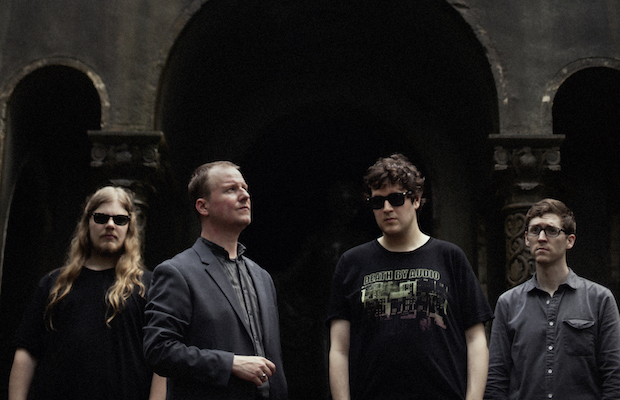 We can do it Nashville. We can get through this blast of frigid temperatures. Just think, it could always be worse. Tonight, Jan. 21 The Stone Fox is ready to warm your souls with a sufficient dose of theatrical post-punk and driving boogie rock. Detroit natives Protomartyr will be joined by Amanda X from Philadelphia, and our very own Savoy Motel. The show is 18+ and starts at 9 p.m. with doors at 8.

In an age where standing out in rock and roll is getting harder and harder, Protomartyr offer a new and refreshing perspective. Their live shows have often been praised. Don’t miss out on this exciting lineup for a cold Thursday night; check out our full preview below to find out more about the bands!

After having to reschedule after a band emergency, Protomartyr are finally ready to rock Nashville. The band formed in 2008 with their debut release No Passion All Technique, and ,after a successful sophomore effort, are now touring in support of their third album, The Agent Intellect, one of the best records to come out last year . The group’s loud and powerful blend of industrial post-punk and minor key gloom creates a tension so strong and heartfelt throughout the entire album. Singer Joe Casey has a very distinct and intricate way of writing and performing that draws the listener in with his vivid sentiments and unique voice. Take a listen to “Why does it shake,” a track from the new album below.

Amanda X are an all-female power trio from Philadelphia. Their style is a blend of the washy guitar work of My Bloody Valentine, the badass attitude of Sleater Kinney, and the pop-spunk of Kim Deal and The Breeders. The band just released a two-song EP entitled Hundreds and Thousands, and are currently on the road in support. We are really looking forward to seeing what they have to offer live, so check out the group’s new tunes below, and be sure to get there on time for their set.

Savoy Motel are a fairly new band to the Nashville scene, but in the past year they have started to make their presence known with groovy and experimental sets at Club Soda, New Life Record Shop, and most recently DANAFEST IV. Their psych-dance style is sure to be a great start to the night. Listen to a sample below, and brave the cold in time for their opening set, because we can guarantee you that you will not be disappointed.