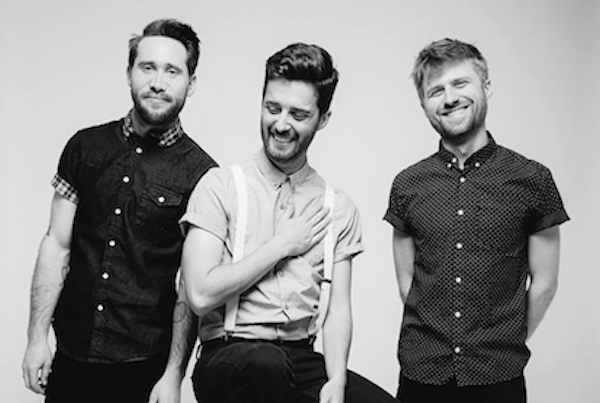 Well, folks, Halloween is over. October of 2014 is in the past, and Thanksgiving is upon us. It sounds like a depressing statement, but, luckily, the week after Halloween has some pretty amazing events going on that will help you keep your party high going. Tonight at Exit/In, Jukebox the Ghost, The Cartoons and Mike Mains & the Branches will be demonstrating that a party atmosphere can still exist and be just as fun even without the crazy costumes. It’s a show worth seeing with a lineup like this – the perfect cure to the after-Halloween blues.

Jukebox the Ghost have quite the complicated history. Between their last album released in 2010 and their most recent one, Safe Travels, the group have morphed from the young teenage boys they once were to wiser men who now view the world a little more realistically. After moving from Philadelphia to NYC, the trio hit several milestones in their careers; they appeared on the Late Show with David Letterman, had an appearance at Lollapalooza, and opened for artists like Ben Folds, Guster and Jack’s Mannequin. Though their songs are definitely dance worthy and exciting, the group will be showing off the older, more mature material at Exit/In tonight off of the latest album, which will help to demonstrate to the crowd just how much they have evolved in the last four years.

Out of Bowling Green emerge The Cartoons, a rock band made up of five unique souls from various parts of Tennessee and Kentucky. The group pride themselves on their ability to incorporate pop culture references into their songs while keeping them fun and engaging. After a brief hiatus, The Cartoons reconvened in 2013 and are bringing their music to life in their live performances.

A far cry from the east, Mike Mains & the Branches comes to us from Texas by way of Detroit. The group have been referred to as a “voice of reason” in a world dominated by pop music that has no substance. With the release of their second album, Calm Down, Everything is Fine, the band set off on a fall tour with Jukebox the Ghost on Nov. 1, and one of their earlier stops is right here in Nashville.