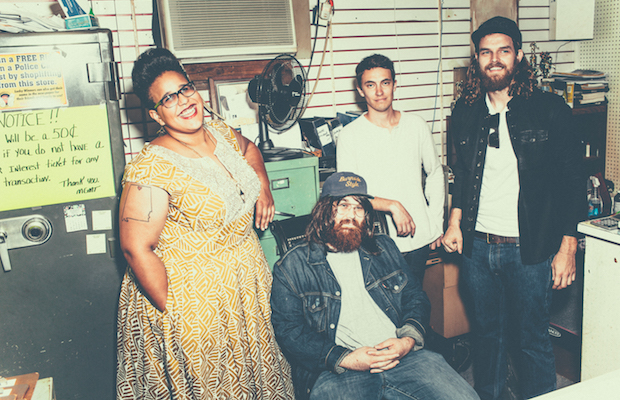 Local(ish) breakout southern rockers Alabama Shakes are coming off of a huge year, thanks to their Grammy nominated, critically celebrated sophomore album, Sound & Color. Though, for all of their touring, international success, and ever-increasing presence, it’s actually been a minute since the band played a proper show in Music City (not counting regional festival dates or a Grand Ole Opry outing). Just announced, the Shakes will end their two and half year absence on April 21, performing at new downtown spot Ascend Amphitheater for the first time along with Dylan LeBlanc! Tickets are set to go on sale this Friday, Jan. 22 at 10 a.m. CST right here (or use the code ‘FUTURE’ to snag pre-sale tickets a day early)- better not snooze, this one is likely to sell fast! Now when are we going to get another Thunderbitch show?