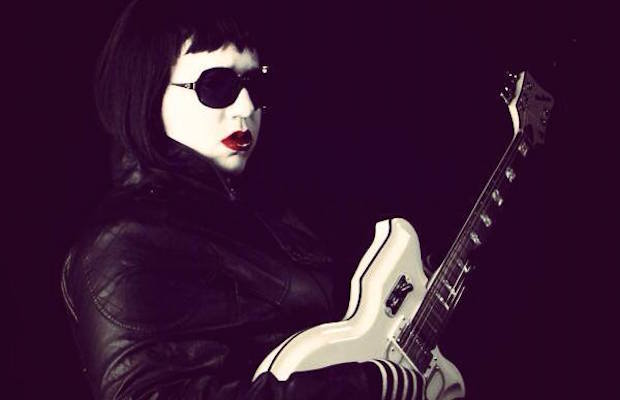 Gather ’round children, and let us tell you about the legend of Thunderbitch.

Quite awhile ago, in December of 2012, the local supergroup emerged, fronted by Alabama Shakes’ Brittany Howard (at the peak of the Shakes’ initial success mind you; just a month before Howard would go on to perform at the Grammys), entirely by surprise, to play their first (and, at the time, presumed last) show at east side dive Ghot Wingz. If you’ve been with us long enough to remember our coverage of that performance, you deserve, like, a special fan club sticker or something.

We pleaded for a second chance to see them, hoping for a proper venue, and, after a few months of silence, news of a another show broke, confirmed just hours before it was set to take place. Hosted at fooBAR in April 2013, the event was even more epic than the first, and allowed us a much better chance to hear the band’s aggressive, rock and roll sound. Around that same time, two songs were posted to Soundcloud, and, though relatively lo-fi, they gave the rest of the world a chance to hear the incredibly elusive band.

Since then, Thunderbitch have been relatively quiet (save for a third show, which apparently took place at a fashion show hosted last summer at a church, which seems to have totally slipped by us), and we assumed we might have seen the last of the unlikely local project. Fortunately, that’s not the case. Despite the fact that Brittany has been busy with Alabama Shakes’ sophomore album, Sound & Color, which dropped earlier this year to critical acclaim, and the rest of the group, members of Fly Golden Eagle and Clear Plastic Masks, have had their hands full with their own respective bands, Thunderbitch not only crafted a well-mounted comeback under our noses, but also managed to record an excellent, properly produced debut LP, which they self-released last Friday with little more than a Facebook post, proceeded by some sparse and mostly unnoticed hints.

Truly capturing the Howard’s powerhouse vocals paired with more unhinged, rock driven songs than the rootsy, bluesy tunes she’s best known for, the band’s eponymous release meticulously recreates everything we loved about their live show, and, given the effort they clearly put into it, we hope we can expect some more chances to see them in the future!

Thunderbitch is currently streaming on the group’s site. You can also listen to the album on Apple Music or pick it up on iTunes here, grab a physical copy, and watch a teaser video for the record’s surprise release below! Long live Thuderbitch!

Emery to Bring 'The Question' 10 Year Tour to Rocketown Nov. 18