Holy crap!  Did that really happen last night?  My clothes still smell like smoke, the hangover is lingering like a dead skunk under the porch, and my melted face is a puddle on the floor.  It was all worth it though for the return of Thunderbitch! 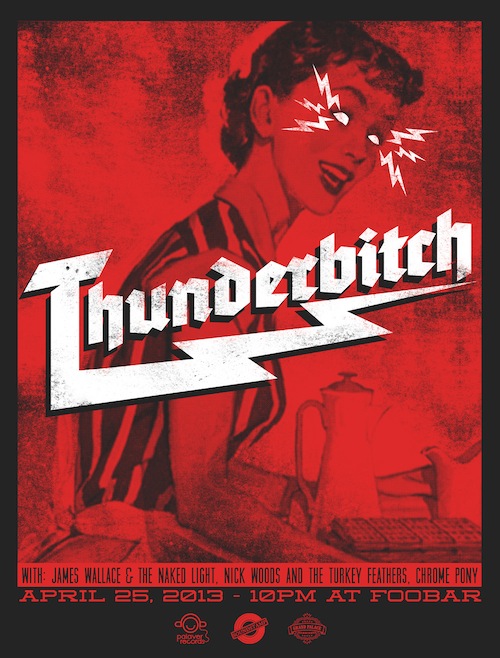 No Country stayed out late last night for the second coming of Thunderbitch, and this time we had a solid PA and sound guy running the show.  While we knew we were in for a treat after seeing taunts like this on Facebook, we had no idea what was really about to happen.

We cruised in for the later than normal set to find fooBar packed with the regular show going faces around Nashville.  Only this time, we found them all with smiles of anticipation on their faces, which is quite the feat for Nashville’s judgmental hipster music crowd.  After the hype of the past couple of weeks, it was sure to be a special night.  While wading through the atrociously huge crowd to grab the mandatory PBR tall boy, we missed openers Chrome Pony.  We did make it into the sideroom venue in time to catch a bit of some countrified rock and roll with Nick Woods & The Turkey Feathers.  The crowd was lean at this point in the already late evening, but Woods and co. still brought a noticeable amount of head bobbing to the little room.

James Wallace & The Naked Light were next.  It’s no doubt that we are biased and subjective fans of these guys, but this may have been the best performance we have seen them put together.  They are always tight, but perhaps the ever-filling room of new faces was enough to inspire them to new heights.  They rolled through a few tracks from their upcoming LP release, and as the crowd started to move so did the band.  We are eagerly anticipating the release of this record next week, and can’t recommend enough that you keep your eye on the tour calendar of James Wallace & The Naked Light.  Their next Nashville show is at The Stone Fox on May 17th!

Finally, the moment everyone had been waiting for.  While getting my “last beer” of the night, the density of fans in the room must have tripled.  The packed room was crammed to the stage, on which a clawfoot bath tub filled with red confetti and balloons was centered.  When “El Diablo” came out on stage, we knew that strange things were afoot at the fooBar.  Just as things got started, the lack of Brittany kept a few guessing until the balloons and confetti began to move in the tub, and out pops Howard with whitened make up giving the impression of the rise from the dead of Thunderbitch (or perhaps the Alabama Shakes star being helped out by the devil is a metaphor for her being plucked from obscurity by the big bad music establishment).  Regardless of meaning, squealing guitars and the soaring vocals of arguably the most powerful singer in music today was something to behold.  The capacity crowd was cheering, and I even found myself taken aback after reflexively yelling “Go Brittany” to which I got the response from the stage of “Who the fuck is Brittany!?!?” The show was a lot of rock, a bit of punk, and a moment or two of soul splashed with some surf riffs. If you can’t imagine what all of that sounds like, then you should have just been there.

It was an out of this world experience, and I once again felt the honor of being a Nashville resident for having the opportunity (along with a couple hundred of my friends) to see my second Thunderbitch show.  I’m not usually the type to groupie onto bands, but, after last night, you’ll be hard pressed to find a reason good enough to keep me away should Thunderbitch rise again from the dead. 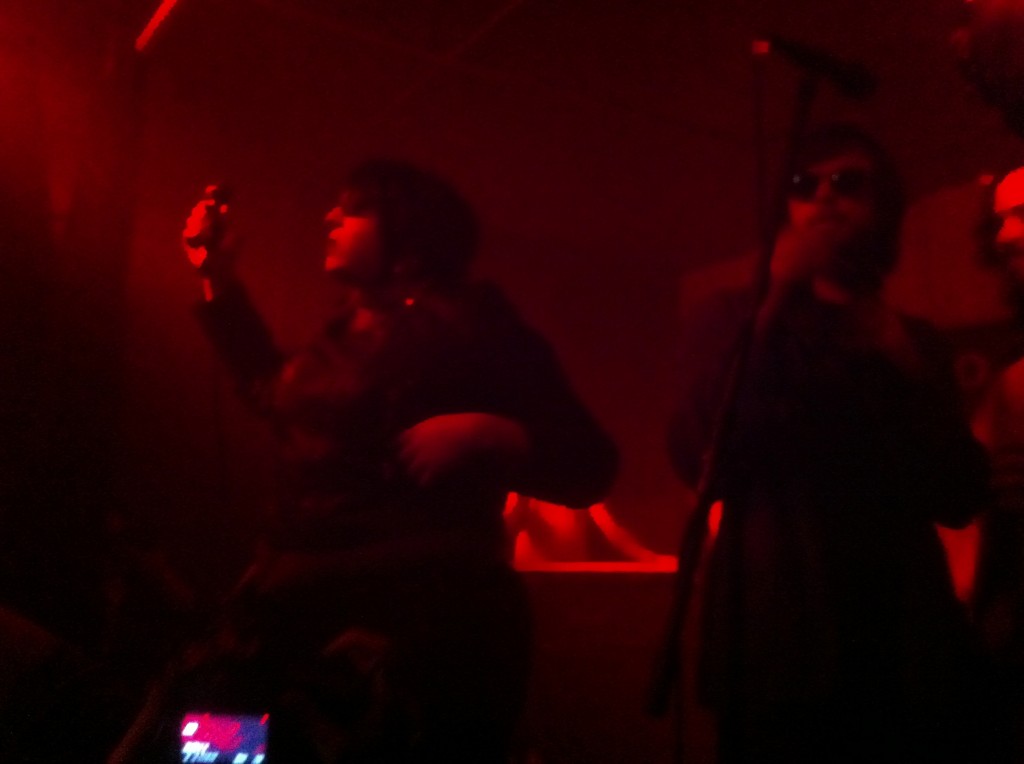 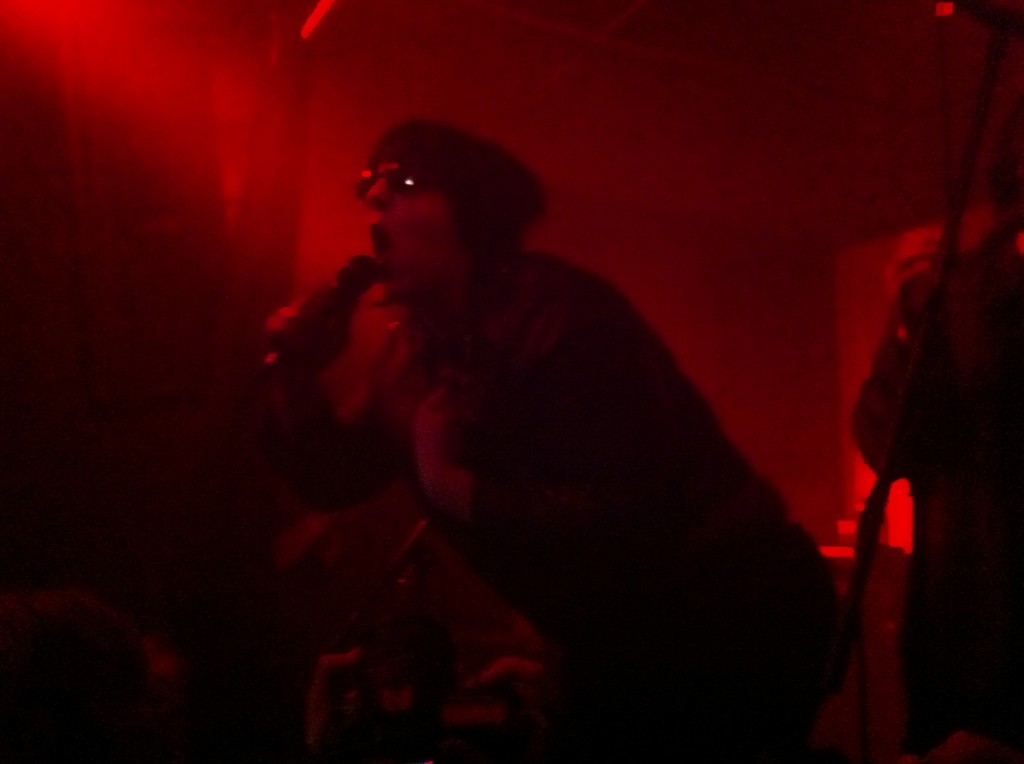 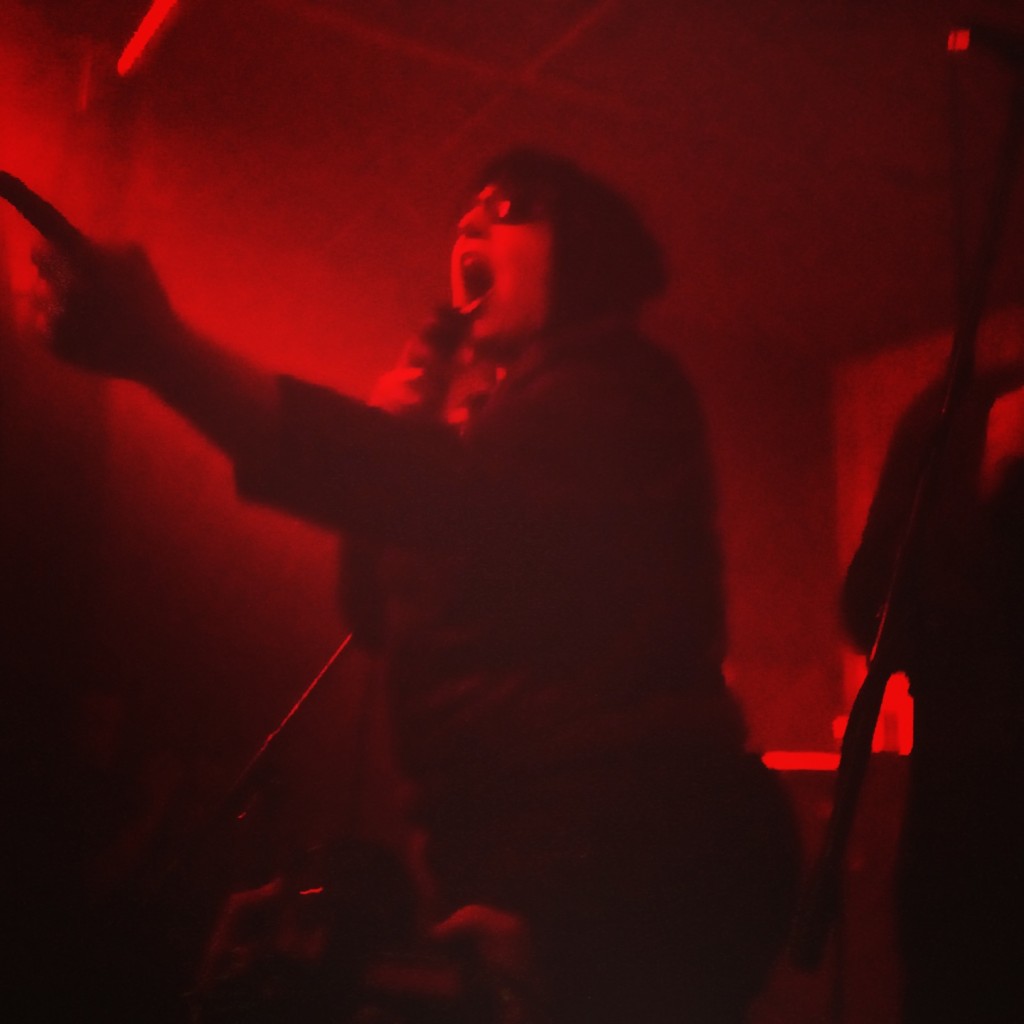