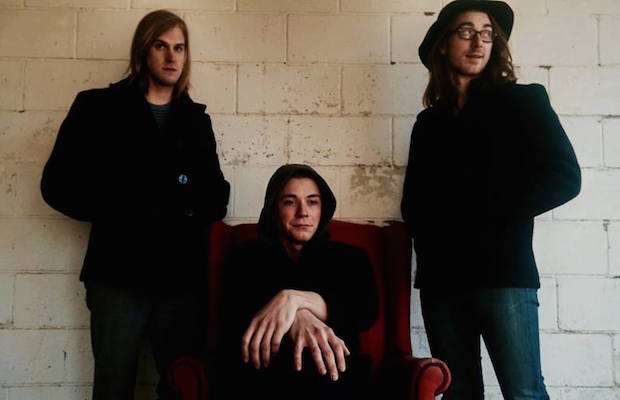 Music City, get to know The Gad Gods, a band in the local indie rock scene we’ve been keeping our eye on for about a year now. Tonight, Jan. 19 they will be headlining a heady evening of tunes that will also feature another local favorite, Step Sisters, and Brooklyn-based punks Warn the Duke. All this for just $5 at your friendly neighborhood fooBAR (music starts at 9 p.m. and doors open at 8). By now, you should really just be taking our word for it, but if you still want to know more about the bands performing, read on after the jump, and be sure to get out tonight to help support local artists.

Marking exactly one full year since they burst onto the local indie landscape (they formed in January of 2015), The Gad Gods have been generating buzz all over town and beyond. Their high-powered, kickass live performances seems to be what they’re known for, but after a year of gigging in town, and touring throughout Alabama, the Carolinas, Virginia, Pennsylvania, and New York, the group have been putting in hard work on their much anticipated debut EP. Engineered by Josh Williams (Ranch Ghost, Bass Drum of Death), the record is tentatively planned for a early March release, so stay tuned for more information as it becomes available. For now, enjoy some stuff below, that they’ve put out on their own, and be sure to catch The Gad Gods live tonight.

No strangers to No Country coverage (see this post), local quartet Step Sisters have fashioned their own brand of raw, fuzz drenched rock ’n’ roll that we love to hear. They have a new EP, THICK, set for release Feb. 26, and if it’s just as good as their debut EP last year, we are all in for a serious treat. Get familiar below, and get to fooBAR on time.

Nihilistic garage-punk Brooklynites Warn the Duke formed in the winter of 2014, one of the worst winters NYC has ever seen. Despite the weather, they managed to start building a nice reputation around the Big Apple, and with some media buzz surrounding their debut record, Ghost Be Gone, WTD are helping spearhead the ever growing punk rock revival. See them perform in the flesh, but only if you get to the show early.

The Gad Gods, Step Sisters, and Warn the Duke will perform tonight, Jan. 19 at fooBar. The show begins at 9 p.m. (doors at 8 p.m.), and tickets are available at the door for $5.