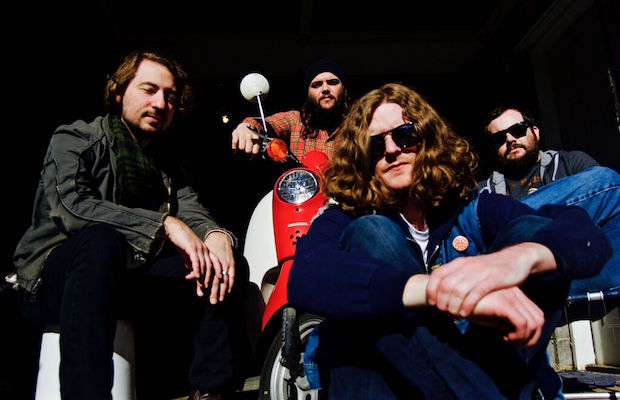 Local rockers Step Sisters quickly caught our eye, after coming together in 2014 and releasing a self-titled EP early last year. We’ve told you about the group a number of times, notably as part of some great local shows, and the relative newcomers are quickly becoming a “need to know” band on the rise.

Step Sisters are prepping to release a new EP called THICK on Feb. 26, and we’re very excited to premiere lead single “Vox Pop” for you today! With poppy, punk-tinged hooks fused with fuzzy, garage rock riffs, the hypnotic track has us already penciling in a spot on our Best of 2016 list in anticipation of the album. Despite its accessible sound, don’t think the song lacks substance. The band tell us that “‘Vox Pop’ showcases the short sightedness of the push and pull between an American society that is dictated by, and thrives off of media-driven fear.”

You can listen to the new track below, pre-order THICK right here, and catch Step Sisters live tonight at fooBAR, as part of a stacked Palaver Records anniversary blast, as well as Jan. 19 and Feb. 10 at fooBAR, and Feb. 26 at The Basement for a record release show!