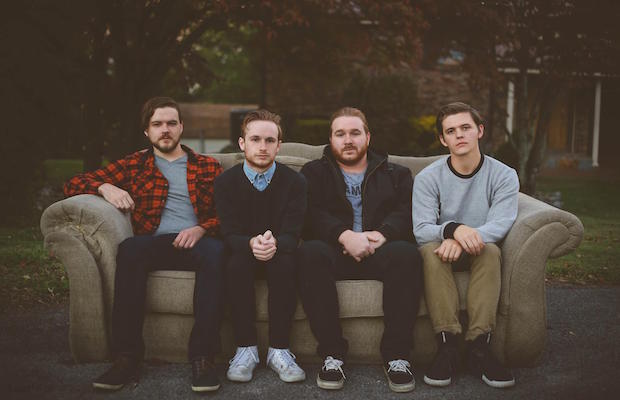 It’s always unfortunate and all too frequent when we hear of bands being robbed on tour, and it especially hits close to home when they happen to be local. While winding town a run with fellow Music City group Free Throw, as well as Young & Heartless and Sinai Vessel, a tour which kicked off a few weeks ago in Nashville, alt/emo rockers Daisyhead were robbed Friday night in Chicago, causing the loss of cash, laptops, personal belongings, and vehicle damage. This story has a bit of a happy ending, though: after launching a GoFundMe to help offset some of their losses, fans rallied to help, and exceed the group’s goal in under a day, prompting them to end the campaign and issue a thank you, but not before launching some cool new merch!

Daisyhead’s debut LP, The Smallest Light, arrived last year on No Sleep Records, and the group recently debuted a demo of a new track (hear it below). Despite their buzz and growing acclaim in the punk scene, it’s always hard for an up and coming and still largely DIY band to suffer this kind of setback on the road, so it really warms our heart to see fans extend a helping hand. If you happen to live in Kansas City, you can see the Daisyhead live tonight at Records With Merritt. No Nashville dates are currently on the books, but we’re sure they’ll line some up sooner than later!