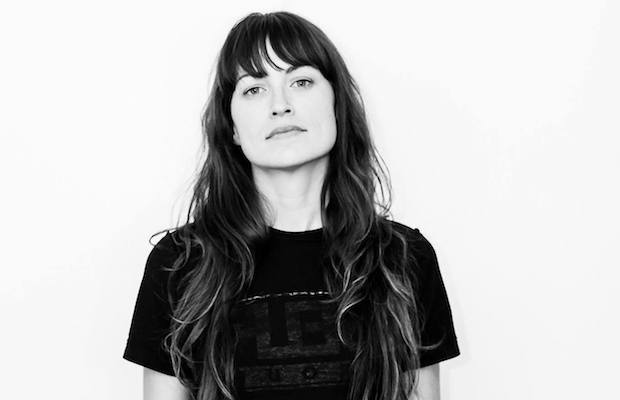 Gardening, Not Architecture is a artist who’s become a real favorite at No Country. Sarah Saturday and co. played our Acme Feed & Seed showcase just a few months ago, and though we’ve long been a fan of her project, we were blown away by her backing band and the different elements they brought to her synth-heavy, indie rock. You can find a full review of that show here. The group’s performance tonight, Jan. 13 at Mercy Lounge is bound to bring more of the same sounds we love, a multi-layered perspective on the band’s recent concept album, Fossils. They’re joined by experimental artist KROVI, moody, ethereal rockers Blinds, and indie singer/songwriter Juliana. The show is 18+, begins at 7 p.m. (doors at 6 p.m.), and will only set you back $5.

While you’re likely to find traces of Sarah Saturday’s punk rock roots in her performances, her current project, Gardening, Not Architecture, is a synth-friendly, indie rock band. Backed by a full group of players, the project brings a breathtaking dynamic to new concept album Fossils, which really must be witnessed live to fully appreciate. The latest album is polished and pristine but haunting, something that stays with you for days after hearing it. Released with the accompaniment of a full length film, it’s no surprise the group’s sweeping, lasting music feels perfect for a movie score. But Gardening, Not Architecture are no one trick pony. They’re able to create diverse, layered sounds that are reminiscent, at different times, of bands like Nada Surf and Rilo Kiley.

We’ve been following ethereal, droning rockers Blinds for a few months now, and always look forward to the chance to get to hear them play. Their new EP is a collection of captivating, moody rock. New to this group? No problem. While it can sometimes be hard to get into a band’s live performance if you’re not familiar with their music, you’ll have no trouble with Blinds; their songs pull you in from the very beginning.

Juliana is more than just a singer/songwriter. She’s a wordsmith, who happens to be a great guitar player, piano player, and singer, to boot. Originally from upstate New York, she now calls Nashville home. Her first album, Slow Love, was released almost two years ago, and we’re looking forward to hearing what’s coming next.

Gardening Not Architecture, KROVI, Blinds, and Juliana will perform tonight, Jan. 13 at Mercy Lounge. The show is 18+, begins at 7 p.m. (doors at 6 p.m.), and tickets are available for $5.