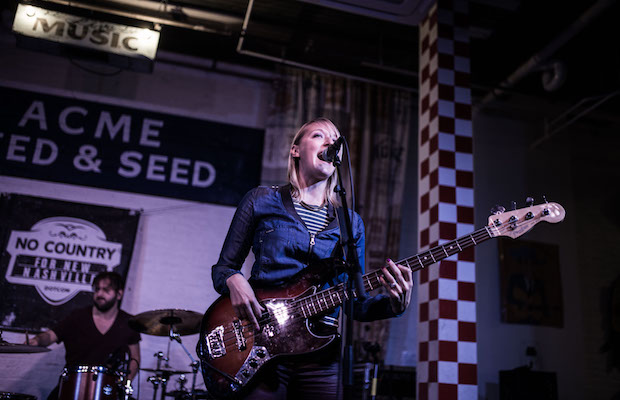 Every single Tuesday for the past year, we’ve been teaming up with hip downtown restaurant and performance space Acme Feed & Seed to host a free showcase of some of our favorite emerging local and national talent. For our last installment, we welcomed new local rockers Dead Cures, longtime favorite Gardening, Not Architecture, and Los Angeles based yOya to the Acme stage! Read on for more about it! 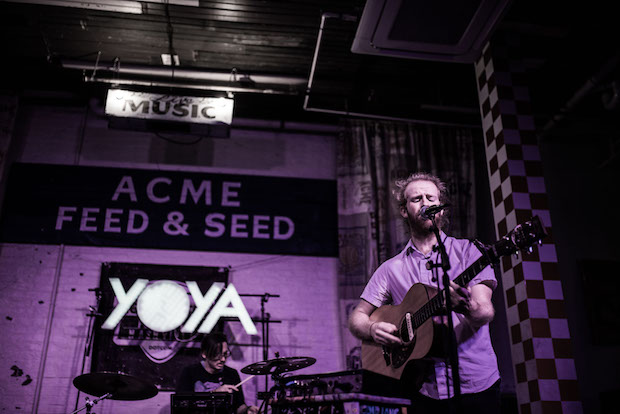 Before we booked them for this show, I was unfamiliar with yOya, but, aside from being endorsed by fellow performer (and former LA resident) Gardening, Not Architecture, simply listening to their music online ahead of the show had me feeling more than eager to see how their unique sound translated live. Unsurprisingly, their blend of folk rock and electronic music went over hypnotically, fueled by the expert interplay between vocalist/guitarist Alex Pfender and keyboardist/vocalist Noah Dietterich. Drummer Ian Meltzer, illuminated by an eye-catching background sign for the band, helped bring organic, rhythmic sensibilities to the dense, layered, and electro-infused sound, and the earnestness of the songs at their core helped give yOya a unique and deep presence. It’s no surprise that these guys have already shared the stage with some big names, and they’re most definitely an act I’ll be keeping a close eye on going forward. 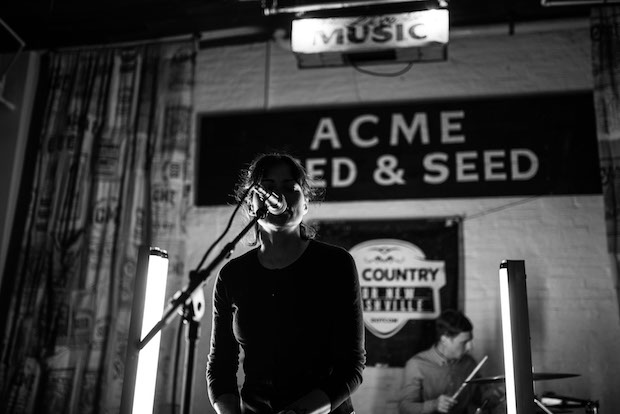 Though Gardening, Not Architecture, the prolific vehicle of versatile artist Sarah Saturday, has been anchored in Nashville for awhile now, I had not managed to find a chance to see the project live before this showcase, and went in with high expectations. Saturday and her gifted backing band absolutely exceeded them in every way, bringing to life newer material from her gorgeous conceptual release Fossils, as well as sweeping, electronic-laced cuts from G,NA’s surprisingly diverse catalog. While best classified as synth-driven indie rock, Gardening, Not Architecture still manages to channel some punk rock bite, leftover from Saturday’s musical endeavors in early days (her stage presence, particularly, would have fit right in in a more energetic punk setting seamlessly). G,NA released an entire feature film as a tie in to their new LP, so I was hardly surprised by their deliberate, thoughtful staging, centered around what appeared to be two homemade light tubes, but still loved the minimalist and effective attention to detail. Easily one of Nashville’s best and most criminally underrated projects, Gardening, Not Architecture were a firm reminder of why we love introducing new, deserving talent to Lower Broadway. 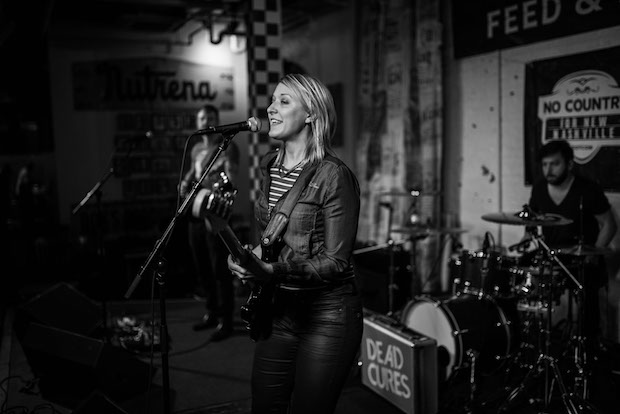 Closing out the night, new local alt pop trio Dead Cures are made up of Sharon Koltick, formerly of Kink Ador, along with guitarist Michael Kisak and drummer Evan Buchanan. Having only released one single prior to their Acme outing, I didn’t know what to expect, but their full set proved the new band more than capable of winning over an untested audience, boasting infectious hooks, a feel-good attitude, and polished stage presence from their many years in other projects. They definitely had a bit of a throwback vibe, calling to mind the best of ’90s alternative, but, sonically, aren’t totally out of place in the modern indie rock and pop landscape. The trio’s chemistry is undeniable, and, with the pedigree of the talent involved, I have no doubt they’ll be one of Nashville’s next big buzz bands in no time. Check ’em out, if you haven’t already!

Our weekly, free Acme showcase continues Tuesday, Dec. 1 with Earl Burrows, Reality Something, and The One & Lonelies! Hope to see you there!