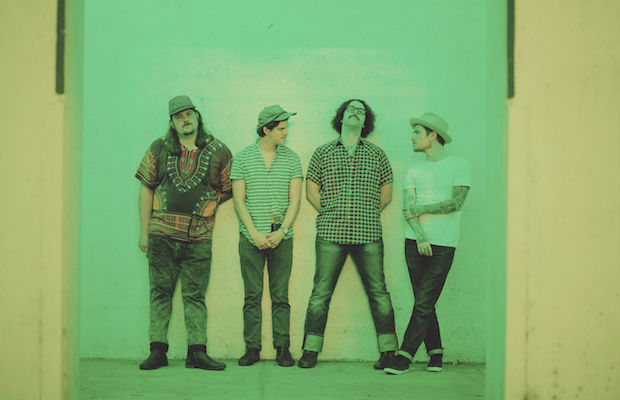 With the weather stuck on the rain-soaked Nashville winter setting, it’s easy to get a case of the cabin fever blues. However, you can shake ‘em loose TONIGHT at The Basement East with help from Atlanta glamericana four-piece Tedo Stone, and local, blog endorsed indie rockers Phin. Doors to this 21+ BMI Happy Hour event open early, at 6 pm, so you can make it home at a decent hour, and be rested for tomorrow. Music starts at 6:30, and the best part? Admission is FREE! If that’s not enough to get you out of the house tonight, read on for more info on the bands, and we hope to see you cutting loose tonight at The Beast.  If you are still feeling the spirit, you can stick around after this early show to catch a free holiday edition of New Faces Night featuring Angel Snow, Kyle Andrews, Jars Of Clay, Shannon LaBrie, and Danny Leggett starting at 8:30 pm.

Growing up in a family full of musicians, Tedo Stone was fronting a band and playing in motorcycle bars around his hometown of Covington, Georgia at just 12-years-old. In 2013, while hanging out in Athens, Georgia with like minded, musically inclined friends, Stone released his debut record, Good Go Bad. Now based in Atlanta, and touring with a backing band, Tedo has a new record, Marshes, that you should get hip to ASAP. Have a taste below, and see him performing live and in the flesh.

Ever since they burst onto the local indie rock scene with their 2013 debut EP, Those Killers, we’ve been big fans of Phin and they have stayed pretty busy since. In 2014, they won the annual Music City Mayhem competition, which earned them a spot at Live on the Green, where they killed it. In 2015 they have been hard at work on a follow up to their debut, including releasing the single, “The Pieces,” you can check out below, but to truly appreciate their potential, you have to be on time tonight, to see them live.