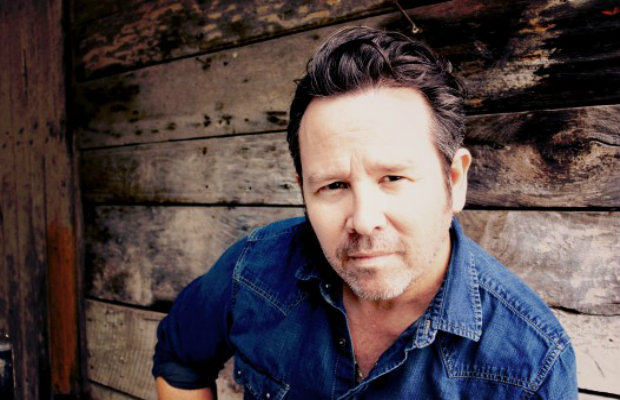 Since moving to Nashville in 2013, Grant-Lee Phillips (who you probably know from his far under-appreciated work with Grant Lee Buffalo) has played a handful of shows around town. Tonight he’ll be playing at Rhapsody’s Christmas party at The 5 Spot along with Nashville mainstays Lilly Hiatt and Cale Tyson. Phillips has plans to release his next solo album, The Narrows, in March, much of which was recorded at Dan Auerbach’s studio, Easy Eye. Phillips’s songs are gems, but his ability to convey their emotion live is equally as powerful as his songwriting. Tonight’s bill, featuring Hiatt and Tyson, is something special, a lineup of three great songwriters that makes for a memorable Wednesday night.

Grant-Lee Phillips has said that his move to Nashville was inspired by the fact that it reminded him of home and his family; though he’s spent most of his life in California, his family was from the Midwest. Tonight’s show at The 5 Spot couldn’t be more homey, featuring two other great songwriters, both mainstays in Nashville. Phillips has been digging his heels in over the past two years since he moved to town, recording at local studio Easy Eye, and working with Nashville musicians on his forthcoming album, including Dave Roe, who played bass for Johnny Cash for over a decade. His son, Jerry, spearheaded much of the album, helping Phillips connect with the right players for his songs. The new album also features many of Dan Auerbach’s vintage instruments, and Phillips’s rich songwriting history paired with his deeply affecting tenor voice, This is an artist you’ll want to hear as many times as you can, and someone who we’ll hopefully only have more chances to catch now that he’s a local.

This  past spring Lilly Hiatt released her fantastic album Royal Blue, and ever since, we can’t get enough of her. Her songs are not only expertly crafted and catchy, but smart, filled with lyrics that make you stop and think. Hiatt’s album may not have gotten all the hype it deserved initially, but catch her live and you won’t be able to get the songs out of your head and we’re sure you’ll be listening to Royal Blue on repeat for months.

Local songwriter Cale Tyson plays honky-tonk, outlaw country with deeply affecting, yodeling, bluesy vocals. If you’ve got a hankering to hear some authentic country, Tyson is the real thing. He’s garnered a slew of critical praise since his debut EP, High on Lonesome, was released in 2013 and for good reason. His songs are heartbreaking and emotional, but in the best way possible.

Grant-Lee Phillips, Lilly Hiatt, and Cale Tyson will perform Wednesday, December 16 at The 5 Spot. The show is 21+, begins at 9PM (doors at 8PM) and tickets are available for $5 at the door.