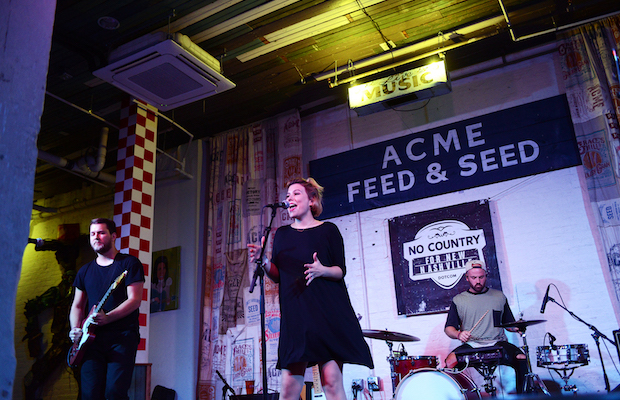 Every single Tuesday for over a year, we’ve been teaming up with hip downtown restaurant and performance space Acme Feed & Seed to host a free showcase of some of our favorite emerging local and national talent. For our last installment, the second to last of 2015, we curated a very special Nashville pop night, featuring a trio of talented singers destined for big things: Daniella Mason, Dani Elliott, and REMMI. Needless to say, it was an extra special showcase, so read on for more about it! 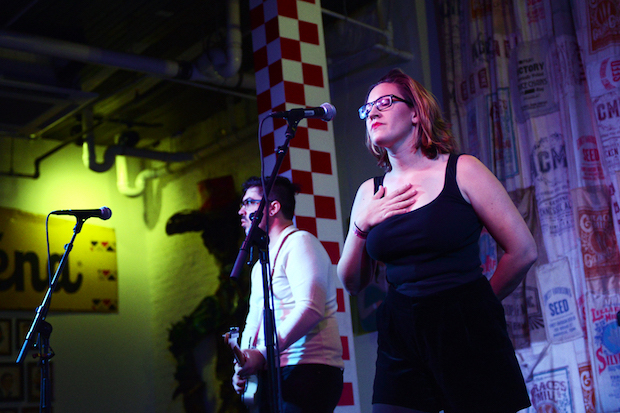 A burgeoning indie pop singer who first came onto our radar earlier this year, REMMI is an artist I’ve been badly wanting to see for months now, but hadn’t previously had a chance to due to timing and circumstance. Though she channels a sound similar to many of the new wave of Nashville pop artists, there’s a certain realness to REMMI’s style and presentation, and this especially translated live. She performed with an authenticity and weight of meaning behind every word, captivating with tracks from her recent EP, Star Spangled. Backed by a guitarist and drummer and perfectly synced to tracks, what seems to be the standard setup for this type of music nowadays, REMMI filled the room with her unwavering presence, and kicked off what would become quite possibly my favorite Acme lineup of the entire year. Like Cappa, EZA, and a handful of other new acts, REMMI represents the relevance and strength of the Nashville pop scene, and I have no doubt she’ll be a household name in no time. 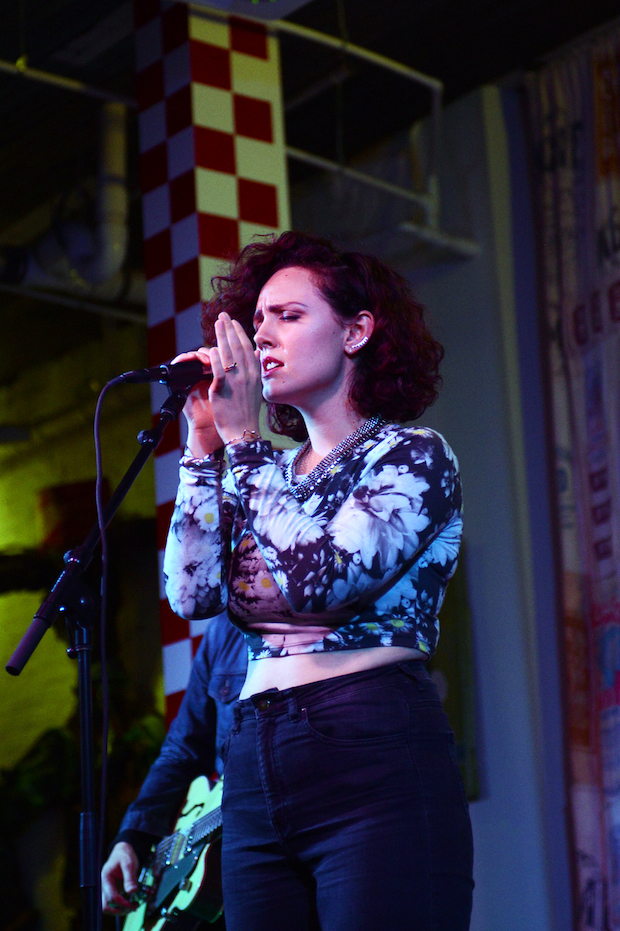 Next up, Dani Elliott took the stage, a more filled-out band in tow, to deliver a set of pop tunes that were simply hypnotic. From note one, she commanded the attention of every soul in the room, and performed with an ease and polish that shouldn’t come as a surprise, considering some of the big name artists she’s brushed shoulders with. Elliott has a hell of a voice, and, despite the fact that I didn’t know much of her material, managed to absolutely flawlessly deliver each and every note, singing with an earnestness and power that most vocalists would be envious of. Dani’s soulful, synthy flavor of contemporary pop aligns her perfectly with the current musical landscape, but her sweeping harmonies, eclectic base of influences, and unique musical personality help set her apart with a distant aesthetic. She’s poised to play stadiums, and  having a chance to host her in a space like Acme will surely be one of our highlights of 2015. 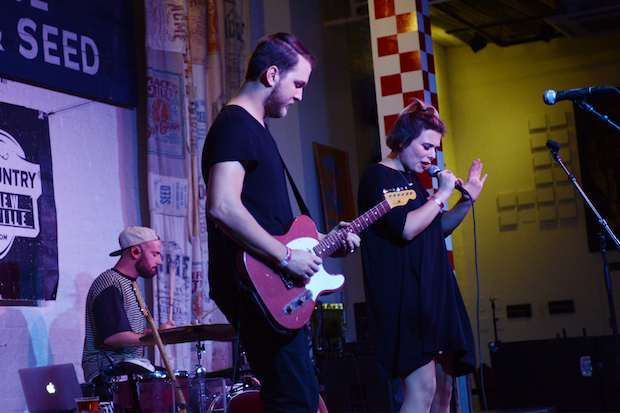 Finishing up the show, Daniella Mason clearly seemed to draw the largest dedicated crowd of friends and fans. Not only did our showcase switch to an earlier winter schedule, but managed to run a little early, putting Mason’s set at a prime, evening slot, one which she absolutely owned. Going in, I’d heard the least about Daniella previously, but was impressed to discover her artistic pedigree while researching our preview. With co-signs from Demi Lovato and co-writes with Nick Jonas, I assumed Mason would perform like a pro, and I was not wrong. She treated the Acme stage like it was Bridgestone Arena, pouring her heart and soul into every syllable, singing with an intensity and professional polish rarely seen at this level, and channeling a confidence and poise like that of a certifiable pop star. Her unbelievable voice, perfectly backed by her drummer, guitarist, and tastefully produced tracks, is just screaming for radio superstardom, and Daniella’s heartfelt, synthy style fits well into today’s musical landscape without over-indulging in trends that might soon make similar artists feel dated. Her personal, relatable style and epic delivery is really a sight to behold, and we’re humbled to have gotten the chance to facilitate such a breathtakingly beautiful performance on Lower Broadway.

Our weekly, free Acme showcase concludes for the year on Tuesday, Dec. 15 with Jack Berry, Luella, Tim Carroll, and Jas Patrick! Hope to see you there!