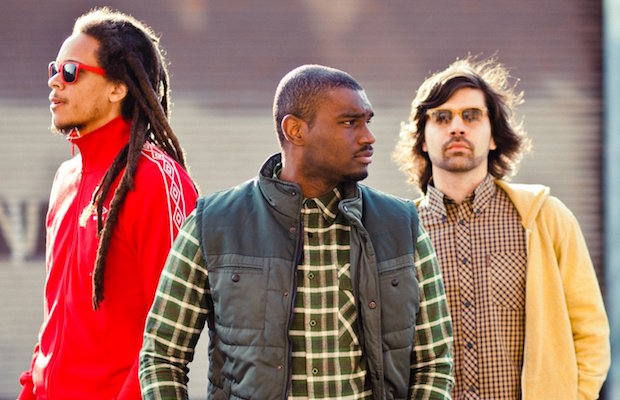 The Nashville hip hop scene, both the local artists and the hip hop acts who pass through, often doesn’t get nearly enough credit for just how flourishing it is these days. We hope if you read this site, your musical tastes are eclectic, but, if you happen to stick more to the rock end of the spectrum, this weekend show at The Basement East might just be on the one to bridge the gap. Genre-bending band RDGLDGRN, who’ve received support from the likes of heavy hitters such as Dave Grohl, return to town for a headlining show on Dec. 12, backed by local art rapper Chancellor Warhol and talented up and comer Duckwrth. Whether your bag is indie rock, hip hop, electronic, or pop, there’s going to be something for you to love here; the bottom line is, these are three unbelievably talented artists, and for just $10, you’d be crazy to pass up a chance to see ’em! Read on for a full preview.

Hailing from the DC suburbs of Northern Virginia, an area perhaps best known for its pioneering punk scene, eclectic group RDGLDGRN (pronounced “Red Gold Green,” and made up of three members who dress in/perform under the name of their corresponding color) have slowly spent the last several years origanically building a passionate fanbase as diverse as their sound. Fusing elements of indie rock, hip hop, pop, alternative, and punk, the band made a splash in 2013 with their eponymous debut EP and subsequent full-length, at the time a largely DIY endeavor, recorded at the legendary Sound City Studios with none other than Dave Grohl (who, himself, hails from Northern VA) on drums, and with the assistance of super-producer Pharrell. Subsequent tours, the unexpected success of breakout single “I Love Lamp,” and even a stint on Warped Tour helped grow RDGLDGRN’s presence, and their smart, culturally aware, pop culture-referencing presentation surely helped the trio find broader mass appeal. With their newest EP, out now and titled 2, the band have largely built on their established formula, boasting even more polished production, a shift towards some more electronic and layered instrumentation, and their strongest songs thus far, just begging for mainstream praise. Watch their amazing, Goonies inspired video for new track “Won’t Last” below!

By now you’ve surely heard of Chancellor Warhol, one of our favorite local performers, and one of the freshest hip hop artists to emerge in recent years period. Combining complex, synthy, and sweeping production, sharp and engaging lyricism, and raw talent in his delivery and approach to songwriting, Warhol has only further honed his craft with each subsequent release, most recently last year’s incredible Paris Is Burning. Live, Warhol is nothing short of spectacular, typically performing with a backing band, and combining an affinity for visual art, fashion, and pop culture to produce an experience like no other. A new record is forthcoming (February, we’re told), and, while he’s been crafting it, things have been more silent than usual on Chance’s front this year (save for a recent video; watch it below). Trust us though, if we’ve learned anything from watching Warhol’s career, whatever he’s working on will not only be worth the wait, but is likely to be an outright game changer. Come catch a preview of some new bangers, before Chance drops the album of 2016.

San Francisco based Duckwrth lands somewhere in between RDGLDGRN’s eclectic style and Warhol’s more hip hop funneled approach, fusing these two realms with his latest effort, a collaboration with Brooklyn producer The Kickdrums (Alex Fitts). Definitely influenced by classic hip hop in his flow and lyricism, Duckwrth, especially when paired Fitts, adopts an artistic, fast-paced, genre-bending sound, not out of place in the contemporary landscape, but unlike most everything else. Needless to say, he couldn’t be a more perfect fit to tie this bill together, and you should absolutely show up early to see what he’s all about.