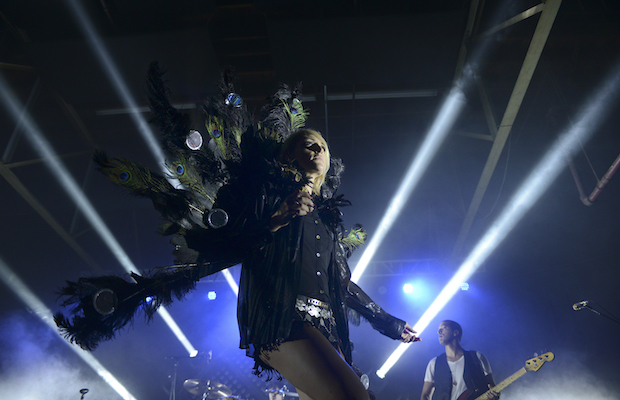 Electro-pop veterans Metric gave it their all during a recent stop at Marathon Music Works. They pulled out all the stops – from animal masks, jaw-dropping light shows, and visual effects that made you wonder how they did it. Aside from all the cool stage props, Emily Haines made everyone bow at her feet with her incredible stage presence and badass vocals that are incomparable.

Before these Canadian heroes collectively melted the audience’s minds, Seattle’s fresh-faced rockers Hibou provided a little bit of garage rock to prepare us for a night of true musical joy. Check out our review, along with some amazing photos from Mary-Beth Blankenship after the jump!

Even on a cold and somewhat dreary Wednesday night, a solid crowd arrived early to catch Seattle dream rockers Hibou take the stage. It was the group’s first time in Nashville, but their vibe seemed carved from the same tree as many Belmont newbie bands. It makes sense, since lead singer and guitarist Peter Michel is only 21 years old. The band is the newest project from Michel, who was formerly the drummer for Craft Spells, one of the most buzzed about bands of the blogosphere in 2010.

While Hibou’s performance sometimes seemed like it was pulled a little too prematurely from a suburban garage, that’s one of their selling points. Their mixture of garage rock with hints of Vampire Weekend-esque tropical rhythms is easy to digest and fun to watch. Unfortunately, the less than stellar sound setup didn’t allow concertgoers to hear much more than reverb and ground noise. 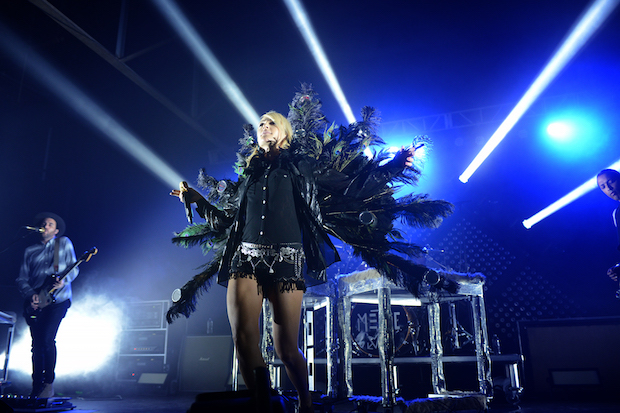 Before Metric took the stage, the audience seemed to enter into another dimension. Flashlights, animal masks and LED lights created a brand new world that didn’t quite make sense, but you were happy to be immersed in. Lead singer Emily Haines showed off a lighted pair of peacock feathers that could have been plucked from a Las Vegas stage show, but she managed to pull it off flawlessly.

The amount of energy that Metric brings to the stage is almost overwhelming. Yes, there is a big emphasis on visuals, including LED sunglasses and glow-in-the-dark capes, but it’s the power and excitement that’s thrown at the audience which makes the show something special. Haines’ almost endless head banging during “Too Bad, So Sad” made me want to throw myself in a mosh pit, which isn’t something I feel compelled to do very often. 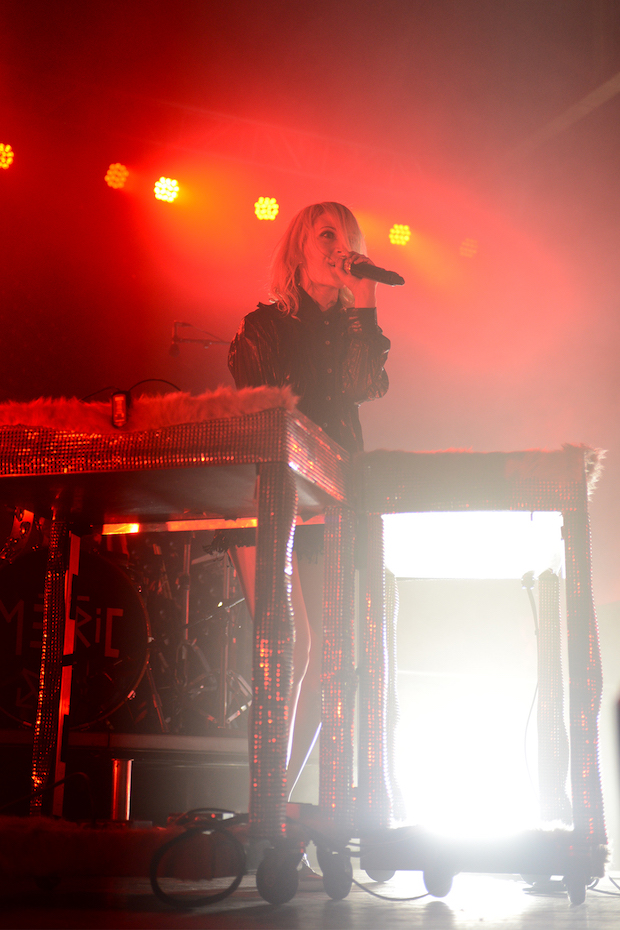 Their setlist was a mishmash of hits and favorites from recent years, including “Help I’m Alive” and “Synthetica.” Still, Haines and company know how to strip things down and keep a good balance during their set. The still edgy but beautiful acoustic performance of “The List” from their 2003 album Old World Underground, Where Are You Now? brought the venue to a stunned silence. 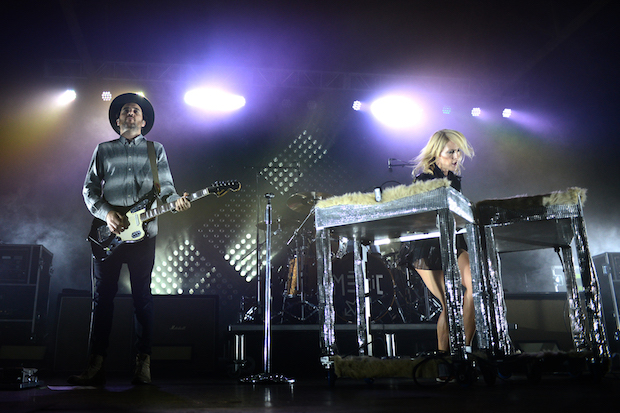 In the past, Metric have played huge venues, including multiple nights headlining at The Ryman. It’s hard to explain just how much of a treat it was to be able to see such a tight and talented band perform in a relatively small venue. Their stage presence and energy could fill an arena with ease, and that was apparent during every single moment of their stop in Nashville. Even if you only came to hear the music, you left with the memory of a truly well-excuted performance that displayed the talent and swagger they’ve earned over their seventeen year career.