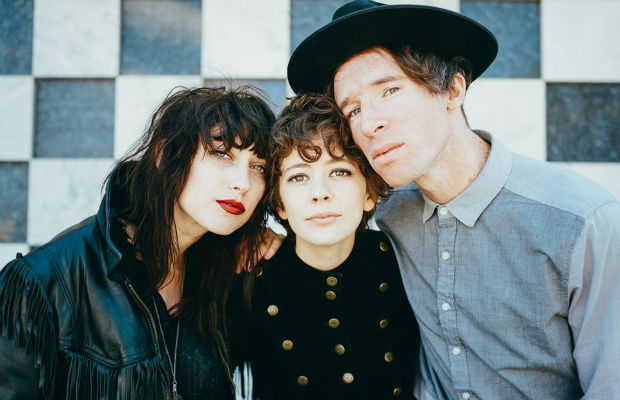 Get your butts down to Mercy Lounge TONIGHT to catch one of the best bands to come out of Nashville in recent years. Grunge/alt-country band Those Darlins will take the stage along with fellow local rockers Ranch Ghost and Savoy Motel. This show is just $10 which will make your ticket the best $10 you’ve spent in a very long time. Show starts at 9pm and is 18+. Read on for more details about all the bands!

Garage-rock, grungy alt-country band Those Darlins is one of the greatest bands in Nashville. They are the kind of band that announces their new album by hanging a banner of the cover art featuring their nude bodies along 8th Ave outside Grimey’s. They are the kind of band that gets described as “a new standard for what to expect from the best rock and roll Nashville has to offer” by Esquire. They are a band who met at the Southern Girls Rock and Roll Camp in Murfreesboro and continue to be heavily involved in volunteering and mentoring with the organization. They are a band whose third album Blur the Line, released in 2013, was hailed as a “modern classic”. Never has a catchy hook felt so dangerous or a melodic line inspired by the love of Woody Guthrie and the Carter family felt so provocative. These girls (and guy) are the real deal in every way and definitely not to be missed!

There’s something homegrown and heavy about the grungy, blues-rock of Ranch Ghost. They have a groove that can’t be beat and their urgent emotional delivery is downright primal. A Nashville mainstay, they went to Bonnaroo in 2013 via BMI’s 8 off 8th Road to Bonnaroo and are fresh off a performance opening for Diarrhea Planet and JEFF the Brotherhood at the War Memorial Auditorium on Halloween. If you missed them then, be sure to catch them now! Also, don’t call them Ghost Ranch, it’s Ranch Ghost, fools.

Local quartet Savoy Motel will open the show with their unique brand of funky boogie-rock. With a sound that’s both danceable and hypnotic, the quartet made their live debut just earlier this year, and have been playing around town a bunch since. Be sure to come early enough to check them out!

The Wood Brothers Performing All Weekend at 3rd and Lindsley!