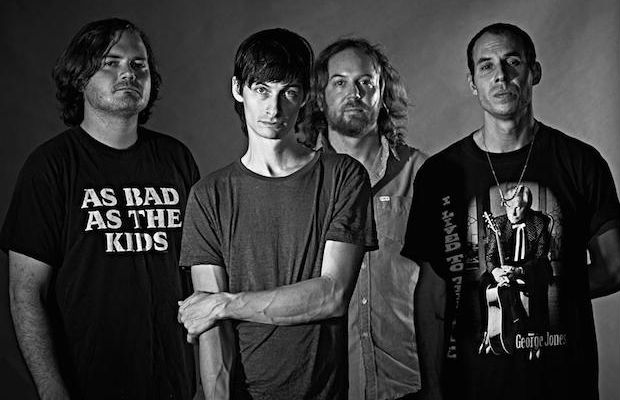 This one has been circled on our calendars for a while friends, based on our indie-rock, alt-country inclinations. The BEast will be jumping this Sunday night, with help from T. Hardy Morris (of Dead Confederate, Diamond Rugs) headlining, Ian Saint Pé (of Black Lips, Diamond Rugs) playing in the middle slot, plus Justin and the Cosmics kicking the shindig off. All this great tunage for just $8! After the jump, find out why this is one of our top picks for the month of December.

Best known for his work with alt-country, psych-rock outfit Dead Confederate plus the supergroup Diamond Rugs, T. Hardy Morris’ music should be part of your life immediately if it isn’t already. He released a record called Drowning’ on a Mountaintop with his latest project, Hardy & The Hardknocks, over the summer, and this December he is taking the show on the road throughout the South. Don’t miss the Nashville date at The BEast, and see for yourself why we are so high on this dude and this bill.

Another accomplished musician who’s up to some new tricks, Ian Saint Pé built a name for himself over a ten year stint in the Atlanta garage punk outfit Black Lips, and is also a member of the aforementioned supergroup Diamond Rugs, but on Sunday he’s running the show. This new project, dubbed just Saint Pé, is still in the embryo stage (the website and FB pages were put up less than two months ago), so we are just as excited as you to see the now Music City resident trot out onto stage with his new band. Enjoy their first offering “Street Lights” below, and be there to witness the genesis of a new band.

JUSTIN AND THE COSMICS

Helmed by Justin Collins, an accomplished Nashville-based producer (see Diamond Rugs, Deer Tick, Middle Brother … noticing a trend?), Justin and the Cosmics is yet another outlet for the incredibly talented Collins, who recently released the stellar album, Schooly Dreams. With the Cosmics, Justin’s sound is more a grunge, surf flavored variety of alt-country that fits this bill perfectly. See for yourself this Sunday, but make sure you are on time.