Don’t Miss Family of the Year with Kaleo Tonight at Mercy Lounge! 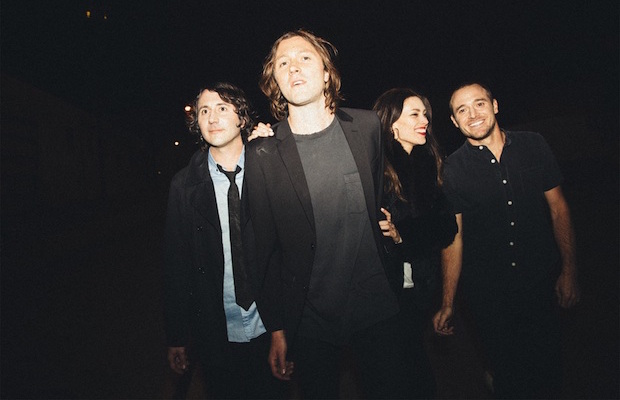 We have a couple of internationally well known bands playing in Nashville Wednesday, Nov. 18 at Mercy Lounge: Family of the Year with opener Kaleo will play starting at 8pm. You are not going to want to miss this show! Family of the Year just got off a summer tour with Lord Huron and played at our very own Live on the Green. They released their latest self-titled LP in September to national accolades. Kaleo has had much success in their homeland of Iceland and all across Europe. Recently relocated to Austin, TX, this folk/blues/rock band comes highly recommended. Click below to read more about the bands!

Formed in 2009 by brothers Sebastian and Joe Keefe, Family of the Year has been receiving honors ever since. Later in 2009 they were picked by Ben Folds to open for him with the Boston Pops. Then in 2012 their song “Hero” became an international hit, breaking the top 10 in Austria, Belgium, Germany, and Switzerland, and appearing in the Oscar-nominated film Boyhood. On the newest self-titled release, we hear a band that has grown and developed. This isn’t your garden variety LA garage band: Family of the Year has become an outstanding folk/rock band that can tell a folktale with an uplifting twist of perseverance that, while intertwined with plenty of enchanting four-part harmony, also can span the gauntlet of folksy acoustic guitar fingerpicking to distorted guitar rock anthem all in one album. The songwriting is wise beyond their years and always leaves you feeling hopeful and inspired.

Kaleo was formed in 2012 in their homeland of Iceland but soon spread to playing all across Europe. Described as multi-layered and multi-dimensional, they can play many different genres with exquisite skill, and have been compaired to greats from a wide spectrum, such as Bon Iver to Coldplay. Their songwriting is smart and the vocals very smooth; this promises to be a very good show.