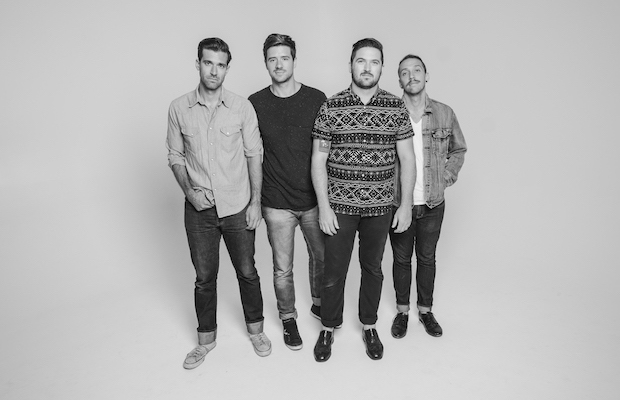 They’re back!  Daniel Ellsworth & The Great Lakes have announced a new EP, Bemidji, due out in early 2016.  Named after the small Minnesota town, where the band holed up in a cabin to write the EP, it was recorded here in Nashville by Vance Powell, and serves as a sort of companion piece to their incredible 2014 release Kid Tiger.  The first single to drop from this effort, “Always/Never,” is a healthy return to the high energy, impossible not to dance to, indie rock that has helped Daniel Ellsworth & The Great Lakes see considerable success over the past few years.

In an awesomely creative move, the single was released with a fun video featuring a dancing pack of inebriated animals.  As Daniel describes the video, it features animals “absolutely nailing one of the most difficult routines ever to be imagined by the human mind after downing a healthy amount of the finest moderately priced Kentucky bourbon.”  He continues, “In what can only be described as ‘defying the impossible,’ this video was shot in just one take on an iPhone 6.”

Good to see that the band’s sense of humor didn’t go missing while in the town which serves as the set location for FX Network’s reboot of Fargo.  Enjoy the video below, and let’s all smile a little today that we have new Daniel Ellsworth & The Great Lakes music in our lives.