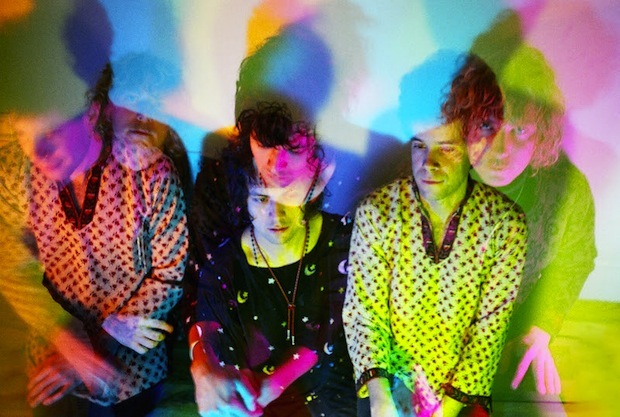 These days pop music mystique can be hard to pull off for a garage rock and roll band. But when it is done right, it is nothing but satisfying. Tonight, Nov. 12 Brooklyn band Las Rosas will do it right as they headline a stacked bill at The Stone Fox. Also playing are Fletcher C Johnson from Brooklyn, Nashville locals Teddy and The Rough Riders, and No Country Presents alum Ian Ferguson. The 18+ show starts at 9 p.m., and will cost you only $7 at the door. So check out our preview below, and start your weekend early with us at what is sure to be a fun night at one of the best places in town.

After Texas band Harlem released their album Hippies, they broke up, and each started their own projects. Bassist Jose Boyer started Las Rosas. The group is everything you love about a sunny day expressed in catchy hooks and driving guitar parts with a brilliant blanket of psych-pop. They draw from Boyner’s past in the Texas trio, but they also add a classic element that draws from everything found in your parents’ old ’45 collection from the early 1960s. The band are gearing up to release their debut full-length album, but you can check out the track “Boys” below to get the gist.

Fletcher C. Johnson and his Brooklyn based band present a combination of ethereal acoustic folk-pop and heavy hitting punk rock. Their music is sure to provide a perfect soundtrack for any type of natural setting, no matter what the weather may be like. Fletcher and his group are currently touring with Las Rosas. They will definitely be worth showing up early for as we here at No Country believe they are perfect for Nashville. Take a listen and see for yourself.

TEDDY AND THE ROUGH RIDERS

Teddy And The Rough Riders are a relatively new to the scene country rock band from Nashville. They feature members of Paperhead. We caught them at the Promised Land Sound album release party, and we are very excited to see them on tonight’s bill.  Here’s to hoping they get some media out there soon for us to share.

Ian Ferguson was the frontman for the band The Kingston Springs, and has since moved on to work on his solo career.  We jumped on the bandwagon early, as we’ve hosted him at a few of our Acme Feed & Seed showcases in recent months.  Trust us, if you were a fan of TKS’s presentation of blues with a soulful pop feel, you will definitely dig the solo work.