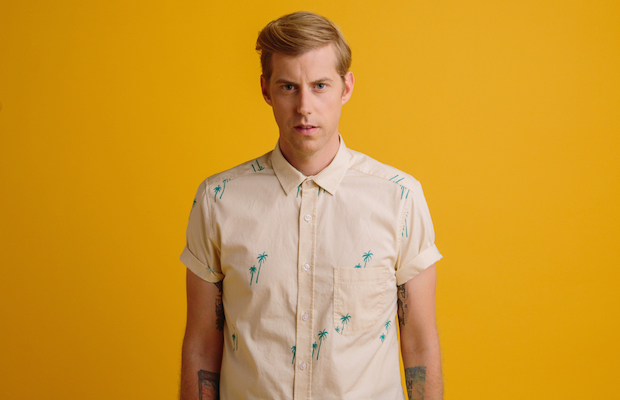 Returning in what seems to be an annual trek to Music City in recent years, famed singer and former Something Corporate and Jack’s Mannequin frontman Andrew McMahon, under his latest moniker Andrew McMahon in the Wilderness, is set to co-headline Cannery Ballroom tonight, Nov. 12 with breakout Danish group New Politics, for a buzzworthy bill rounded out by talented up and comers The Griswolds and Lolo. Tickets for the 18+, early (7 p.m.) shindig are still available here, so secure your spot and read on for more about the lineup!

ANDREW MCMAHON IN THE WILDERNESS

While many may remember him for fronting seminal emo-infused pop punk outfit Something Corporate, or subsequent piano-driven alt rock group Jack’s Mannequin, acclaimed singer-songwriter Andrew McMahon has spent the last few years amassing quite the solo reputation under his latest moniker, Andrew McMahon in the Wilderness. His third major venture has found a ton of radio love and major media placements this year, propelled by last fall’s fantastic, eponymous debut full-length. Andrew McMahon in the Wilderness doesn’t completely buck the style of his previous groups, but showcases a more contemporary, indie pop sound and mature, personal focus, centered around themes like fatherhood and adult relationships. Undeniably one of the most talented songwriters of his generation, McMahon has defied the odds by fronting three distinctly different but equally successful musical vehicles, and, while his focus is certainly rooted in the present, he’s still very mindful of his longstanding and fervent fanbase, incorporating plenty of SoCo and Jack’s songs into the set.

Hailing from Denmark, poppy alt rockers New Politics have had a breakout couple of years, fueled by the worldwide success of their 2013 sophomore effort A Bad Girl in Harlem and this year’s buzzworthy followup, Vikings. With close ties to Fall Out Boy (they’re signed to Pete Wentz’s own DCD2 label), they’ve managed to land slots supporting major acts like Paramore, Panic! At The Disco, Thirty Seconds to Mars, and FOB themselves, and have found tons of mainstream success through singles like “Tonight You’re Perfect” and “West End Kids.” Their live show is as turbocharged as their energetic, pop-laden tunes, and they’re a fun compliment to Andrew McMahon’s more indie-skewing, introspective sound.

Australian act The Griswolds share both Andrew McMahon’s indie sensibilities and New Politics’ more dance-ready, pop-friendly hooks, finding quick buzz through last year’s full-length debut Be Impressive and inescapable breakout single “Beware the Dog.” We last caught them a couple years back at Bonnaroo, and were beyond impressed by their stage presence, energetic delivery, and rock and roll polish. If they’re not on your radar yet, fix that immediately.

Another Fall Out Boy cohort and labelmate to New Politics, Lolo, real name Lauren Pritchard, is a name you might recognize from her high-profile features on tracks from artists like Panic! at the Disco, Matt Nathanson, and Fall Out Boy, if not for her own tunes. Possessing a powerful, soulful voice, Lolo released her latest EP, Comeback Queen, earlier this year, and is poised to become a household name any day now.

Andrew McMahon in the Wilderness, New Politics, The Griswolds, and Lolo will perform tonight, Nov. 12 at Cannery Ballroom. The show is 18+, begins at 7 p.m. (doors at 6 p.m.), and tickets are available for $30.