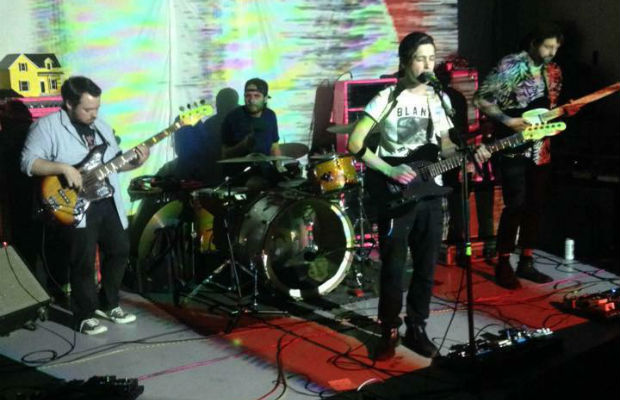 Organ Stills are a relatively new band in the Nashville scene, but its members are young veterans.  The band is comprised of Taylor Lowrance (guitar/vox), Ben Crannell (drums), Brennan Walsh (guitar), and Mike Shannon (bass).  Those names are probably familiar to those in the know on the local scene, as Lowrance, Crannell, & Walsh were previously 3/4’s of short lived, much loved local outfit, Shy Guy.  Shannon joined the group, after putting in work with other local notables like Zach Vinson and Samantha Harlow, and, together, Organ Stills was ready to birth some reverb drenched indie rock jams to the world.

Organ Stills’ self-titled EP drops this Friday Nov. 13, and we are excited to premiere the single “Eyes Closed” for you a day early.  Head below for the super chilled out, reverb laced ode to indie rock, that feels like it was recorded in a bathtub with Jim James of My Morning Jacket.  If you are digging what you hear, then make plans to head to The 5 Spot on Friday for the release show.  The $5 , 21+ show gets started around 9pm, and also features sets from The Ascent Of Everest, Churchyard, and Mom & Dad!