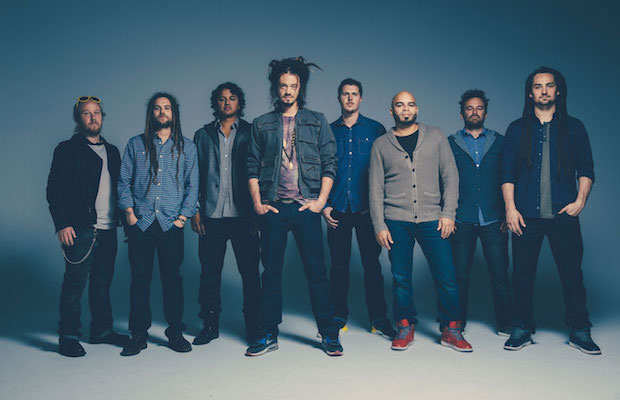 We’ve been hyping this one for a while faithful readers, but the day has finally come for reggae rockers SOJA to tear the roof off Marathon Music Works, with help from J BOOG, and Gramps Morgan. Tickets are currently available for $20, and, if you are a fan of reggae/rock (especially our local scene in these genres), this is a must-see show. To fully understand why this is a cannot miss night of badass reggae rhythms, read on after the jump for more info on all the artists.

Soldiers of Jah Army, or just SOJA for short, have amassed an impressive body of work since their inception in the late ‘90s, and have already worked with big names in the game like Damian Marley and Supa Dubs. Founded on life long friendships between frontman Jacob Hemphill (vocals, guitar), Bob Jefferson (bass), Ryan Berty (drums), Patrick O’Shea (keyboards), and Ken Brownell (percussion), the band self-released their debut cassette, Creeping In, and haven’t looked back since. Their now eight member barrage of sound is every rock tinged reggae fan’s wet dream, and their latest release, Amid the Noise and Haste (ATO Records), may be their strongest effort to date, reaching number one on the Reggae Charts and number twenty on the top 200 in 2014. For fans of Music City’s local reggae scene (read this post and this post), going to this show is a must, and if you’re just looking for some good vibes on a Wednesday night for under twenty bucks, grab a ticket and catch the island rhythms at Marathon Music Works.