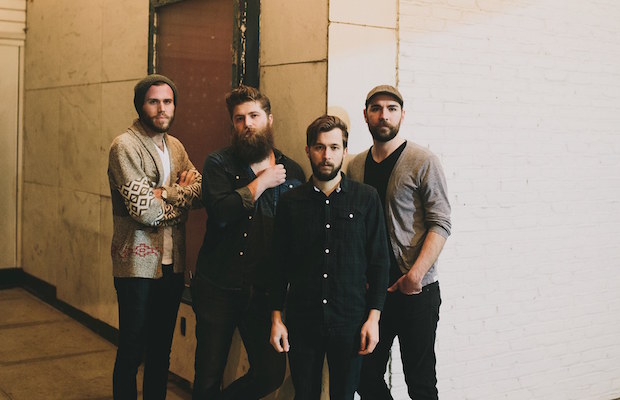 I first encountered Farewell Flight nearly a decade ago, then a Pennsylvania-based indie rock outfit, and one that immediately had me hooked. Many years, lineup changes, and a sonic shift to a more grunge pop sound have taken place since, and, like myself, the band relocated to Nashville several years back, where they’ve come into their own, producing a string of records and singles that’ve garnered national attention. Led by prolific frontman Luke Foley, the group are gearing up to release a new EP, and have given us the privilege of exclusively premiering its first single, “Sweet Dreams Norma Jean.” Recorded in town at the Bakery and co-produced by Grammy-winner Paul Ebersold and AJ Pruis, the track will officially hit digital retailers on Nov. 20. Hypnotic, shimmering, grungy, angsty, and with a taste of heartland rock flair, it encapsulates all of Farewell Flight’s best qualities. Listen below, and head to Mercy Lounge to catch the band live TONIGHT, Nov. 11 with Apollo LTD and Nawas (8 p.m., 18+, $5 tickets here)!