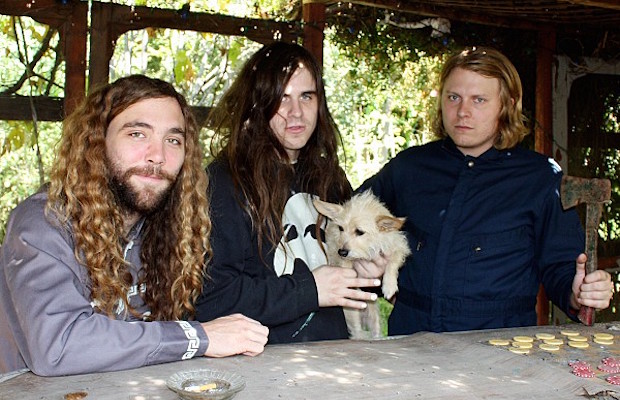 Psychedelic garage punk legend Ty Segall returns to Nashville tonight, with one of his many projects, Fuzz, hot off the release of their second record, II. Throw in LA power-trio Walter in the opening spot, all for just $13, and you got yourself one hell of a Tuesday night. Doors at Mercy Lounge open at 8 p.m., but based on Ty’s last visit to Music City, we have a sinking suspicion it’s going to fill up fast, so don’t wait too long to buy your tickets. After the jump, take a minute to get familiar with the bands, or just take our word for it, and get your ass to the show!

Achieving near cult-status, Ty Segall is part of a larger garage/psych/punk/lo-fi rock scene thriving in coastal California (see also Thee Oh Sees). In addition to a accomplished solo career, Ty has worked in other like-minded projects, like the subject of this post, Fuzz. Known primarily as a shred-tastic guitar player and a more than adequate singer, Segall will actually be playing drums tonight (while still singing), with Charles Moothart (guitar) and Chad Ubovich (bass) backing him up. The group’s second release with In The Red records, aptly entitled II, is just what we’ve come to expect from one of the most prolific performers currently in the scene. Have a taste below if you think you can handle it, and, if you’re even kind of into rowdy ass shows, be at Mercy tonight.

Fellow west coasters, Walter are a trio of musicians offering a chilled out, mellower shade of rock than the headliners, but it’s just as much psychedelic fun! A band that are fairly new on the scene, Walter released their debut LP Get Well Soon, and we want to tell you it fucking rocks! Have a free sample below, and get to the venue early, so you can see them in the flesh for yourself.